SPRINGFIELD, Mass. … The American Hockey League announced today that Springfield Thunderbirds forward Dryden Hunt has been selected as the CCM/AHL Player of the Week for the period ending February 16, 2020.

Hunt recorded five points during Springfield’s two-game weekend visit to Charlotte, helping the Thunderbirds close the gap in the Atlantic Division playoff race with a pair of key victories. 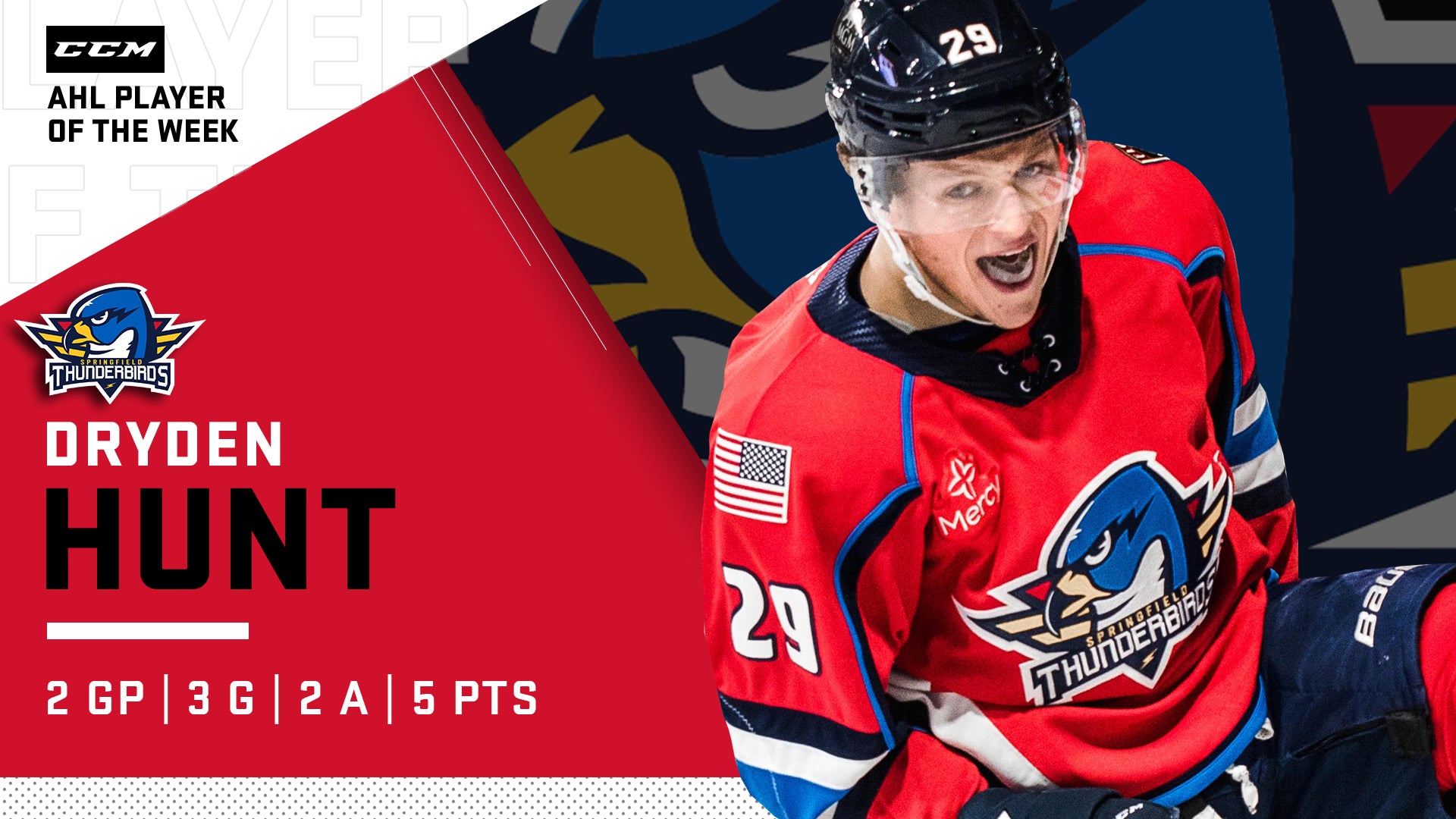 On Saturday evening, Hunt scored once in regulation and then assisted on the game-winning goal as Springfield defeated Charlotte in overtime, 4-3. Then on Sunday afternoon, Hunt scored twice in the third period as part of a three-point effort as the Thunderbirds earned another 4-3 victory over the Checkers.

Hunt has totaled 13 goals and 16 assists for 29 points in 35 games for Springfield this season, while adding four assists in 20 NHL contests with Florida. The 24-year-old native of Cranbrook, B.C., has registered 150 points (72 goals, 78 assists) in 214 career AHL games over four seasons with the Thunderbirds, along with three goals and 12 assists in 62 NHL outings with the Panthers. Hunt originally signed with Florida as a free agent on Mar. 2, 2016.

In recognition of being named the CCM/AHL Player of the Week, Hunt will be presented with an etched crystal award prior to an upcoming Thunderbirds home game.

Springfield continues its push toward the Calder Cup playoffs as they return home for the first time in 20 days on Friday, Feb. 21 against the Hartford Wolf Pack. Puck drop is set for 7:05 p.m.