SPRINGFIELD, Mass. -- Today, the Springfield Thunderbirds announced that the franchise has signed a five-year affiliation agreement with the NHL Stanley Cup Champion St. Louis Blues. The agreement will begin with the 2020-2021 season and run through the 2024-2025 season.

“We are pleased to announce our affiliation agreement with the St. Louis Blues. Our two organizations share a commitment to community, fan engagement, and putting a first-rate product on the ice. With this partnership, we believe the future is bright for professional hockey in Springfield,” said Nathan Costa, President of the Thunderbirds.

The St. Louis Blues are the NHL’s reigning Stanley Cup Champions. The team currently sits in first place in the league’s Western Conference. 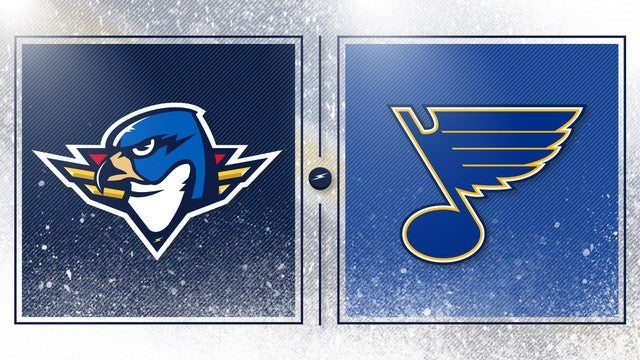 “We are excited to announce our deal with Springfield and close our search for a new affiliate,” said Blues General Manager Doug Armstrong. “Springfield is a strong franchise in a city with a rich hockey history. Our partnership will allow us to continue to develop our players and further strengthen our franchise as a whole.”

The Thunderbirds first began play in the AHL in the 2016–17 season as the affiliate of the Florida Panthers. The team will maintain their affiliation with the Panthers for the remainder of the 2019-2020 season.

“The Panthers have been a truly great partner over these past four seasons and we look forward to finishing this season strong. We want to thank their front office, players, coaches, and staff for all they have done to help us build and grow our franchise,” commented Costa.

Based in Springfield, Massachusetts, the Thunderbirds play their home games at the MassMutual Center. The franchise is owned by a broad-based group of local investors committed to building an exciting and innovative brand of sports entertainment and maintaining professional hockey as a civic asset for the region.

“As an ownership group, we felt it was extremely important to enter into a long-term partnership in order to ensure that the Thunderbirds remain an institution in Springfield for years to come. We are excited to report that our five-year agreement with the Blues will do exactly that,” said Paul Picknelly, Managing Owner of the Thunderbirds.

Since their inception in the 2016-17 AHL season, the Thunderbirds have seen significant growth in the areas of attendance, revenue generation, and community engagement. T-Birds teams have played before a sellout crowd of 6,793 on 28 occasions, and the franchise has been recognized at the league level for business excellence in the areas of Ticket Sales, Community Relations, and Corporate Sales. In January of 2019, the franchise hosted and sold out both nights of the AHL All-Star Classic in just the team’s third year of existence.

Throughout the season, AHL players will be promoted ("recalled") to the partner NHL club for a number of reasons. If an NHL player is injured, the team may recall a player from the AHL to temporarily take his place. They can then be sent back down to the minors ("assigned") for a variety of reasons as well, including when an injured NHL player returns to full health.

﻿Every NHL team has its own affiliate in the AHL, from where more than 88 percent of active NHL players are graduates.