This season’s campaign looked quite different from previous years. Typically, the Thunderbirds would host a Hockey Fights Cancer themed game at the end of November, complete with specialty lavender jerseys that are worn by the players and auctioned off after the game. This year, however, the campaign was activated on social media. Throughout the month of November, the Thunderbirds collected names on social media from fans for people they "fight for." New Valley Bank & Trust committed to donate $5 for each submission received to the Thunderbirds' Foundation, for the first 500 submissions for a remarkable $2,500 total donation. The names were then added to Hockey Fights Cancer placards that were placed on the windows leading to New Valley Bank & Trust’s newly renovated headquarters in Monarch Place in downtown Springfield.

“As we take down the placards we are revealing our brand new headquarters location”, said Jeff Sullivan, President and CEO of New Valley Bank. “We have been inspired by the personal messages of hope as we have been completing our construction on the other side of the glass. There are heroes all around us, from our friends and family fighting cancer to the work that the Thunderbirds and others do to alleviate hunger in the community. We at New Valley continue to be very optimistic about the return of the vibrant culture of downtown Springfield as we begin to see vaccine distribution and economic resurgence in 2021.”

In addition to the contribution from New Valley Bank, the Thunderbirds also collected monetary donations on their foundation website, as well as holding a specialty game-worn jersey raffle from previous Hockey Fights Cancer games. The grand total generated through these campaigns equaled $4,000.

“Hockey Fights Cancer has been an incredibly important cause for our organization and across the AHL and NHL,” said Thunderbirds President Nathan Costa. “Even though our season hasn’t technically started yet, it was important to keep the cause front and center in our community, and we thank New Valley Bank & Trust for stepping up during this difficult time. We are grateful to all who supported the cause by purchasing a raffle ticket, making a donation to our foundation, or simply submitting a name of someone that you fight for."

Founded in 1998 by the National Hockey League® and the National Hockey League Players' Association, Hockey Fights Cancer™ (HFC) unites the hockey community in support of cancer patients and their families. The initiative gets an assist from players, coaches, officials, equipment managers, front office staff, corporate partners, and fans. Together, the hockey family looks to inspire hope and courage for those who are living with, going through, and moving past cancer.

Individuals interested in supporting the Thunderbirds' Foundation can contribute directly at: https://www.paypal.com/us/fundraiser/charity/3391100. 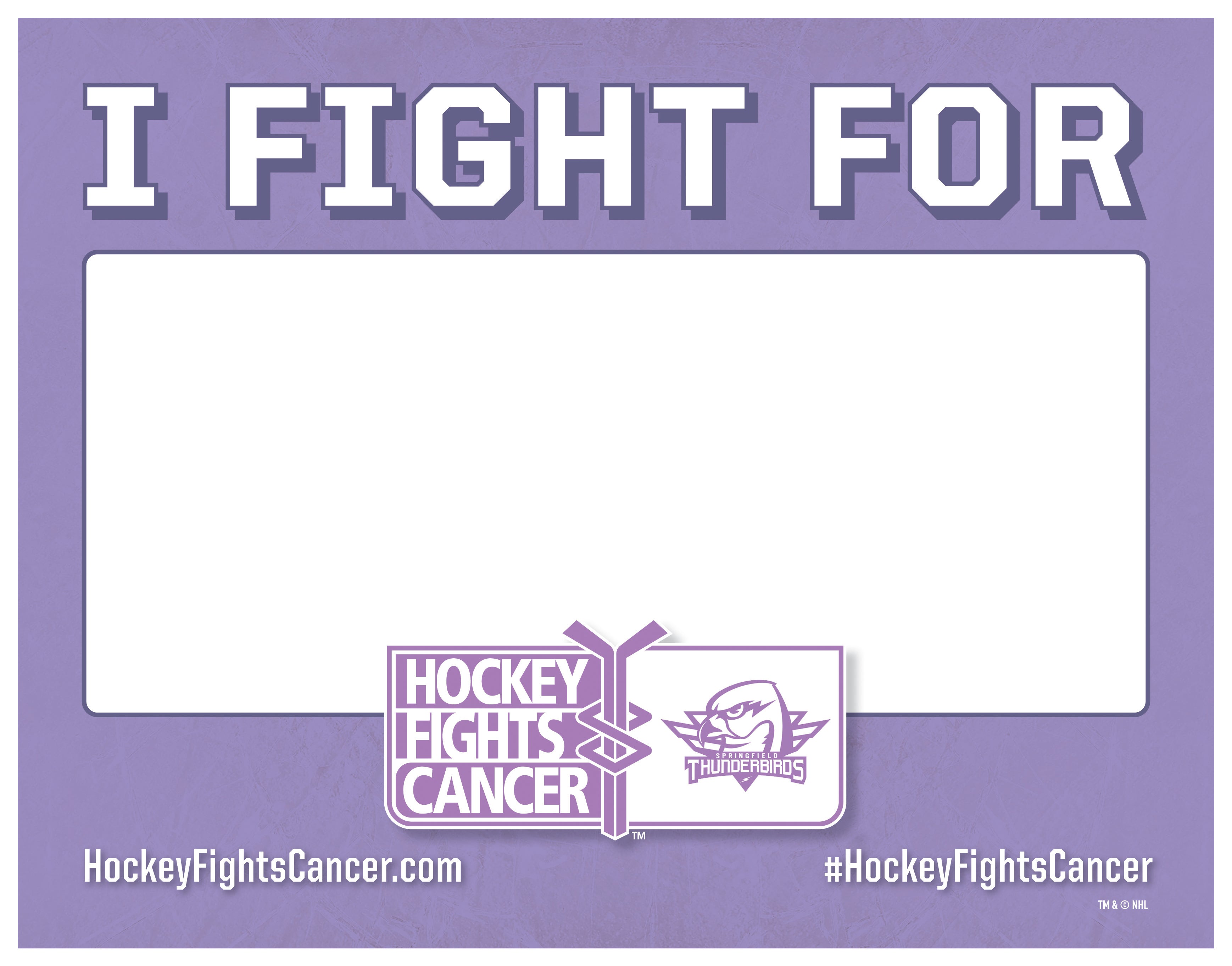