HILTON HEAD ISLAND, S.C.- The Springfield Thunderbirds were honored Wednesday night by the American Hockey League with four Team Business Service awards at a gala reception during the league’s annual Board of Governors Meeting.

As part of its Team Business Services program, the AHL honored one club from each conference for top revenue growth in four areas during this past season: overall ticket sales, season-ticket sales, group-ticket sales and corporate sponsorship sales. The Thunderbirds swept all four categories for the Eastern Conference. This marks only the second time a team has swept all four categories since the Team Business Services award program began in 2009. Springfield is the first Eastern Conference team to earn the distinction of winning all four honors.

"It is extremely humbling and at the same time gratifying to be honored with these team business excellence awards. Each and every person on our staff played an integral role in the growth we had within our business, and these accomplishments would not have been possible without their dedication,” commented team Executive Vice President Nathan Costa (pictured). “We are excited to build on this success in our second season and cannot wait to tell you about all of the amazing promotions and events we have in store.” 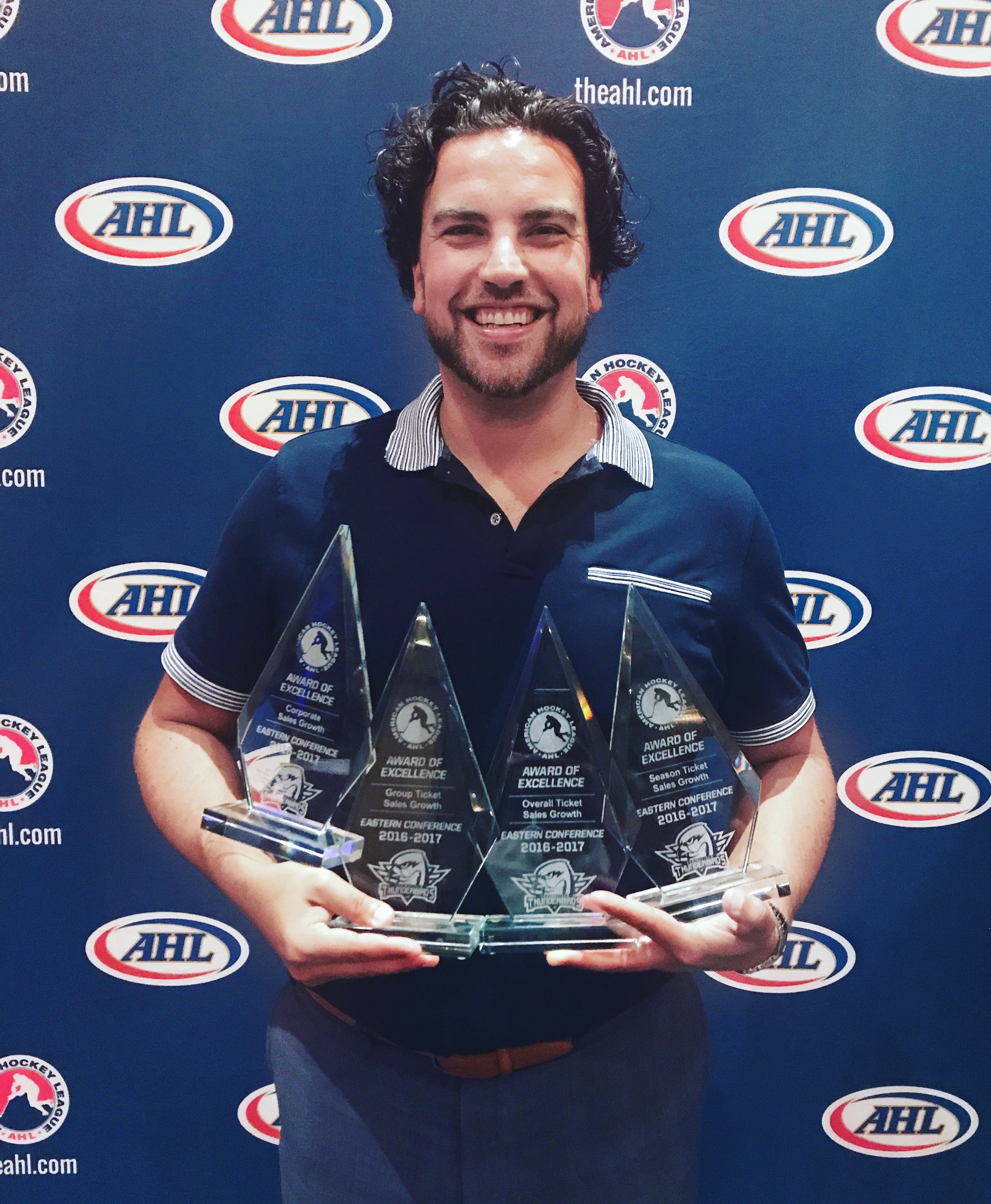 Wednesday night’s announcement follows closely on the heels of three honors the team received last month at the 2017 AHL Marketing Meeting presented by ExteNet Systems in Phoenix, Arizona. At that meeting, the team was recognized for achieving a greater-than 10% increase in per game Full Season Equivalents, a statistic that tracks the combined sales of all ticket packages. The Thunderbirds' corporate sales team also was recognized for having a greater-than 10% growth in corporate cash sponsorships generated in the market. The organization also was honored for reaching the benchmark of a greater-than 15% growth in per game group ticket sales revenue.

“These awards are a testament to the energy and excitement our team, our front office, and our ownership group have brought to the City of Springfield and the region,” said Managing Partner Paul Picknelly. “We want to thank our sponsors, our fans, and the entire community for embracing this franchise and helping make our inaugural season such a fantastic success.”

In their inaugural season, the Thunderbirds saw attendance for AHL hockey at the MassMutual Center rise by over 50% to 4,664 fans per game. Included in that achievement were three sold out game nights, the largest pro hockey crowds in Springfield in over a decade.

Interested in joining the Thunderbirds hockey family next season? Earn your wings with Springfield Thunderbirds 2017-18 Ticket Memberships, which start as low as $12 per game and feature the most exclusive benefits, including a commemorative jersey and brand new Collectors Mug. For more information, fans may call the Thunderbirds ticket office at (413) 739-GOAL (4625) or visit www.SpringfieldThunderbirds.com.