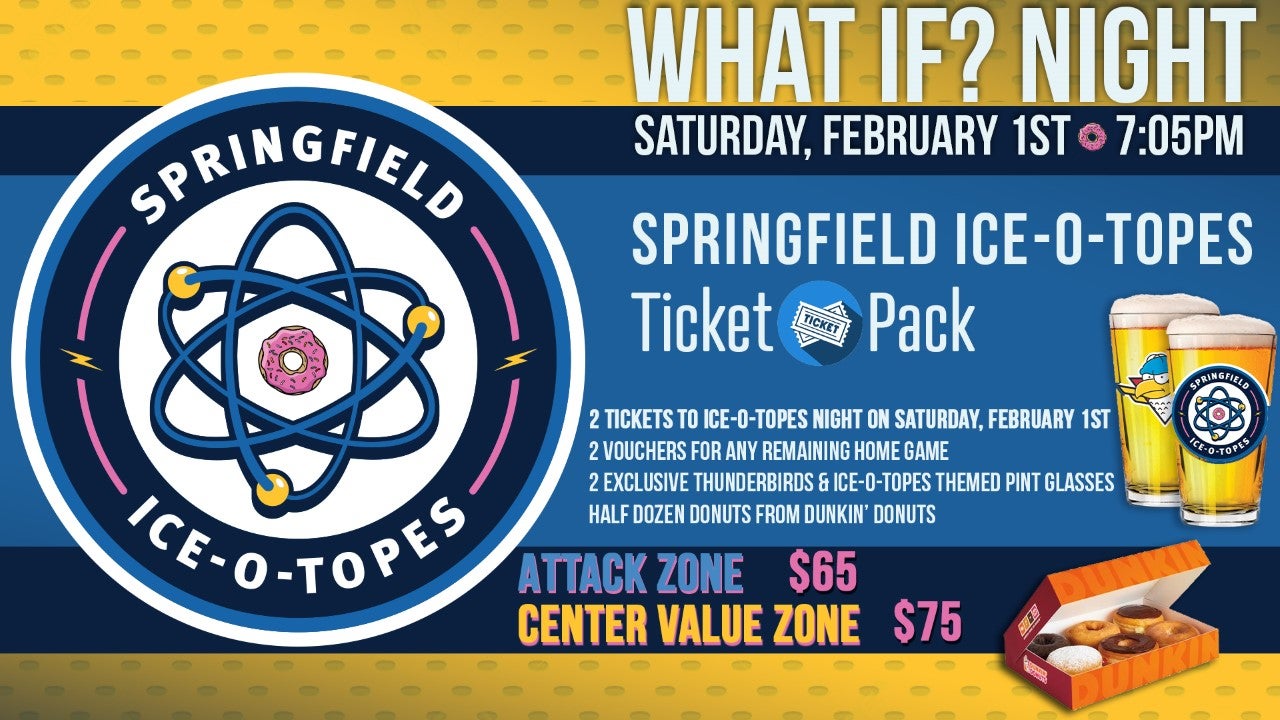 *We are placing an order and anyone who preorders will guarantee themselves a jersey before they arrive.  The turnaround time is expected to be 8 weeks. 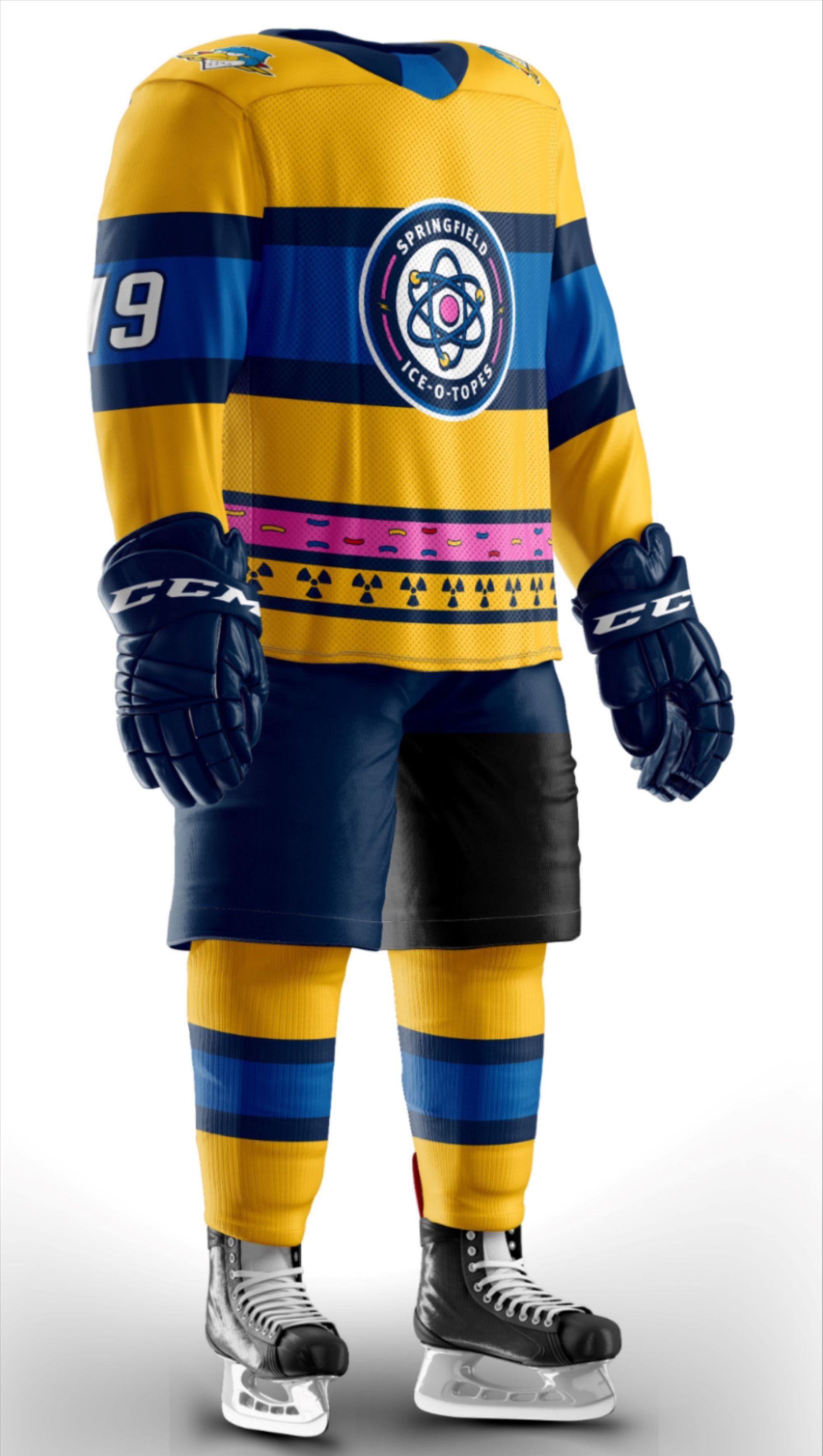 What if Springfield’s hockey team was actually named the Ice-O-Topes?

Of course, in the television series, the Isotopes (or Ice-O-Topes) moniker is synonymous with countless baseball and hockey-themed episodes over the course of the show’s four-decade run. 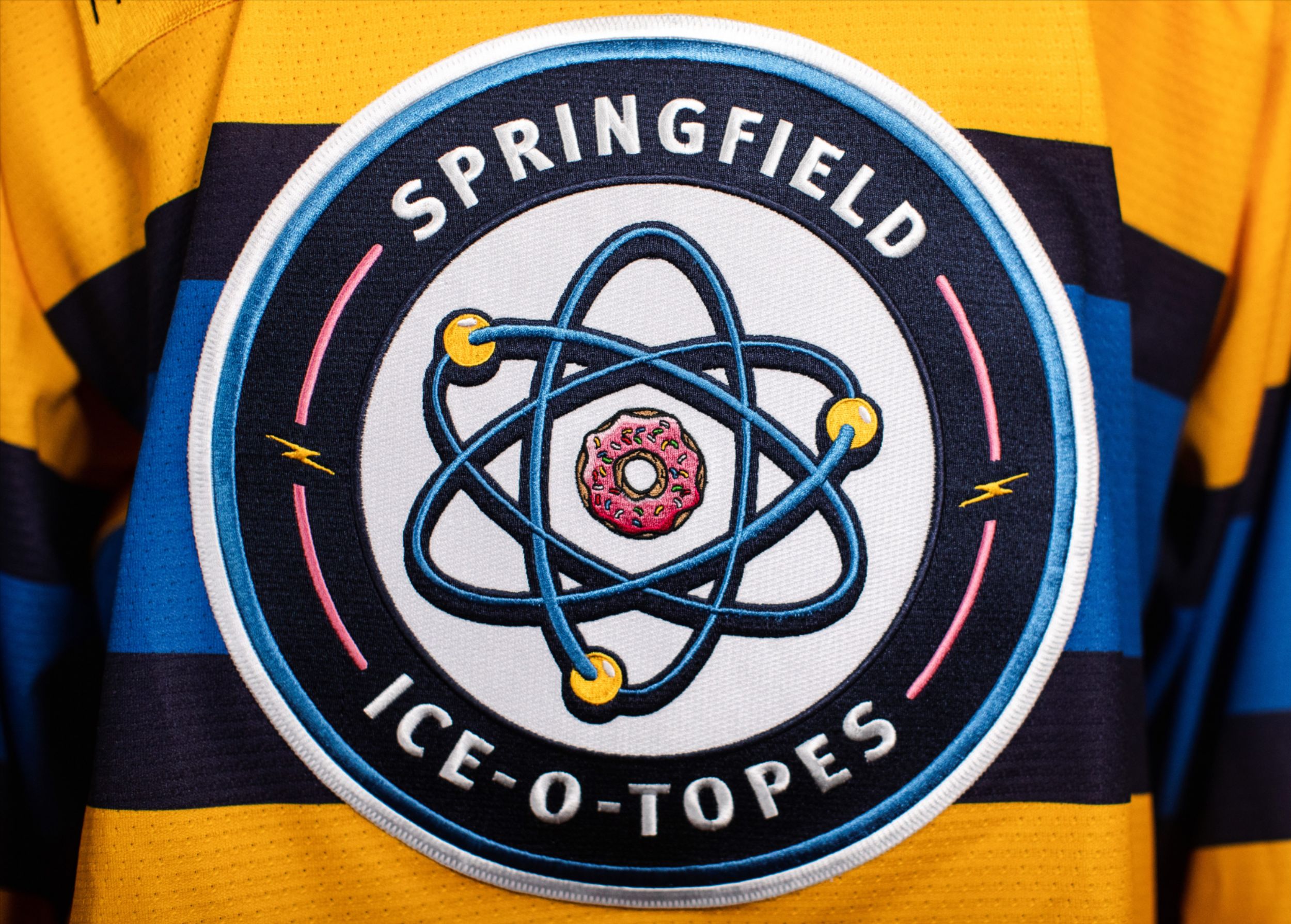 While “Thunderbirds” ended up being the winning name in June of 2016, it should be noted that Isotopes was one of the top challengers in the naming’s final days.

So, for one week – from Jan. 27 until the “What If? Night” game against the Hartford Wolf Pack on Saturday, Feb. 1 – the Thunderbirds will find out once and for all what it would be like if the team had been named the Ice-O-Topes. Not only will the team wear the pictured specialty jerseys, but all components of the organizational operation will adopt the Ice-O-Topes brand for the duration of the week.

Stay tuned in the coming weeks for more details on how you could attain one of these specialty jerseys following the Feb. 1 game.