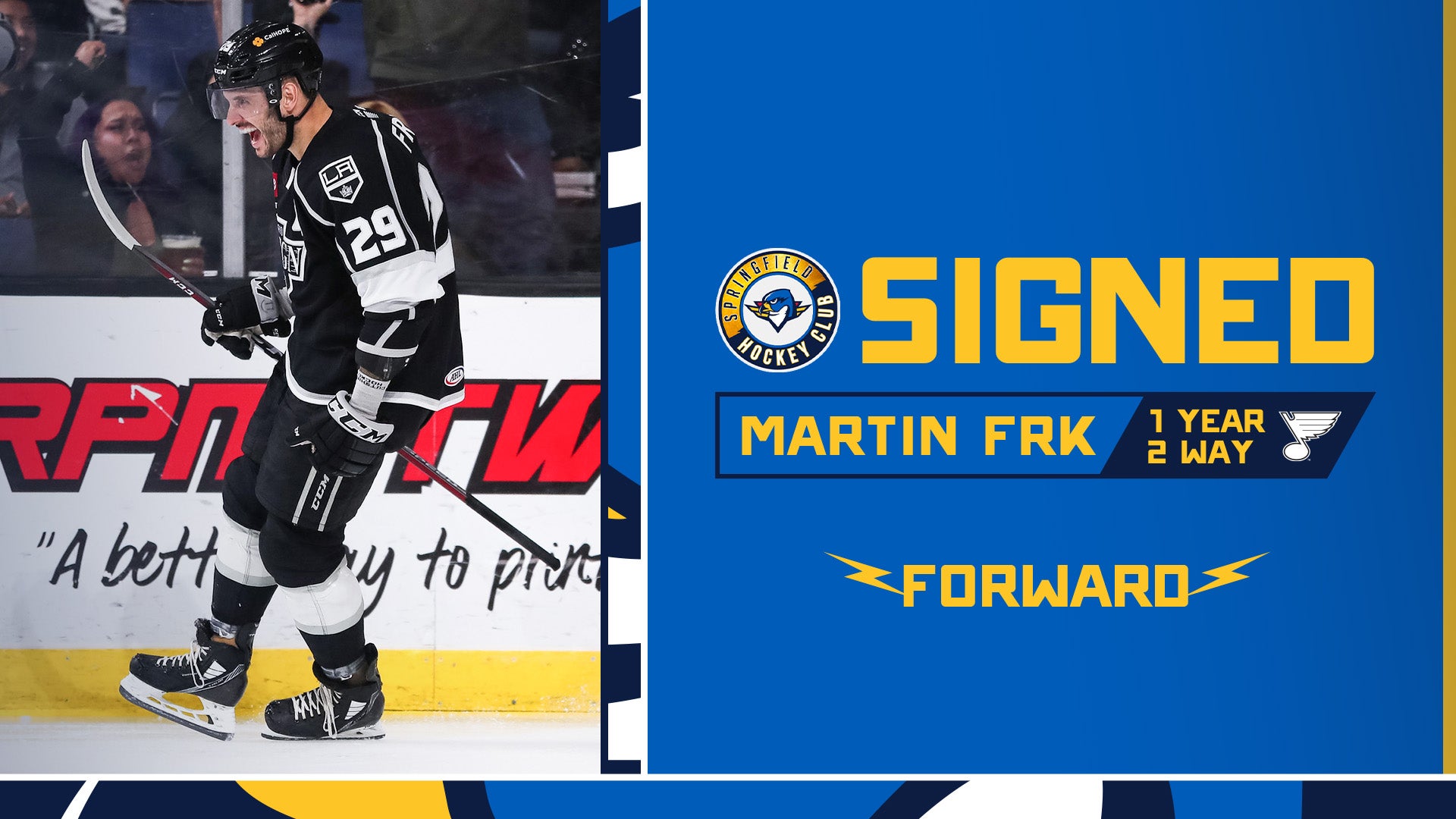 Frk, 28, is coming off a career year with the Ontario Reign in 2021-22. The hard-shooting Czech produced 40 goals and 73 points for the Los Angeles Kings' AHL affiliate, including 15 power play markers. His 40 goals were the second-highest total in the AHL, and his 73 points were tied for the sixth-highest output in the league.

Frk was originally a second-round pick by the Detroit Red Wings in the 2012 NHL Draft. He has already picked up his fair share of hardware, including a 2013 Memorial Cup championship with the Halifax Mooseheads and a 2017 Calder Cup with the Grand Rapids Griffins. At the 2020 AHL All-Star Classic in Ontario, Frk set the all-time record for the hardest shot, uncorking a 109.2 mile-per-hour missile at Toyota Arena during the AHL All-Star Skills Competition. That mark is higher than even NHL record holder Zdeno Chara's top mark of 108.8 MPH.

Over his nine-year professional career, Frk has registered 137 goals and 116 assists in 336 AHL games. He has also appeared in 124 NHL games with the Carolina Hurricanes, Detroit, and Los Angeles, posting 41 points (20g, 21a).