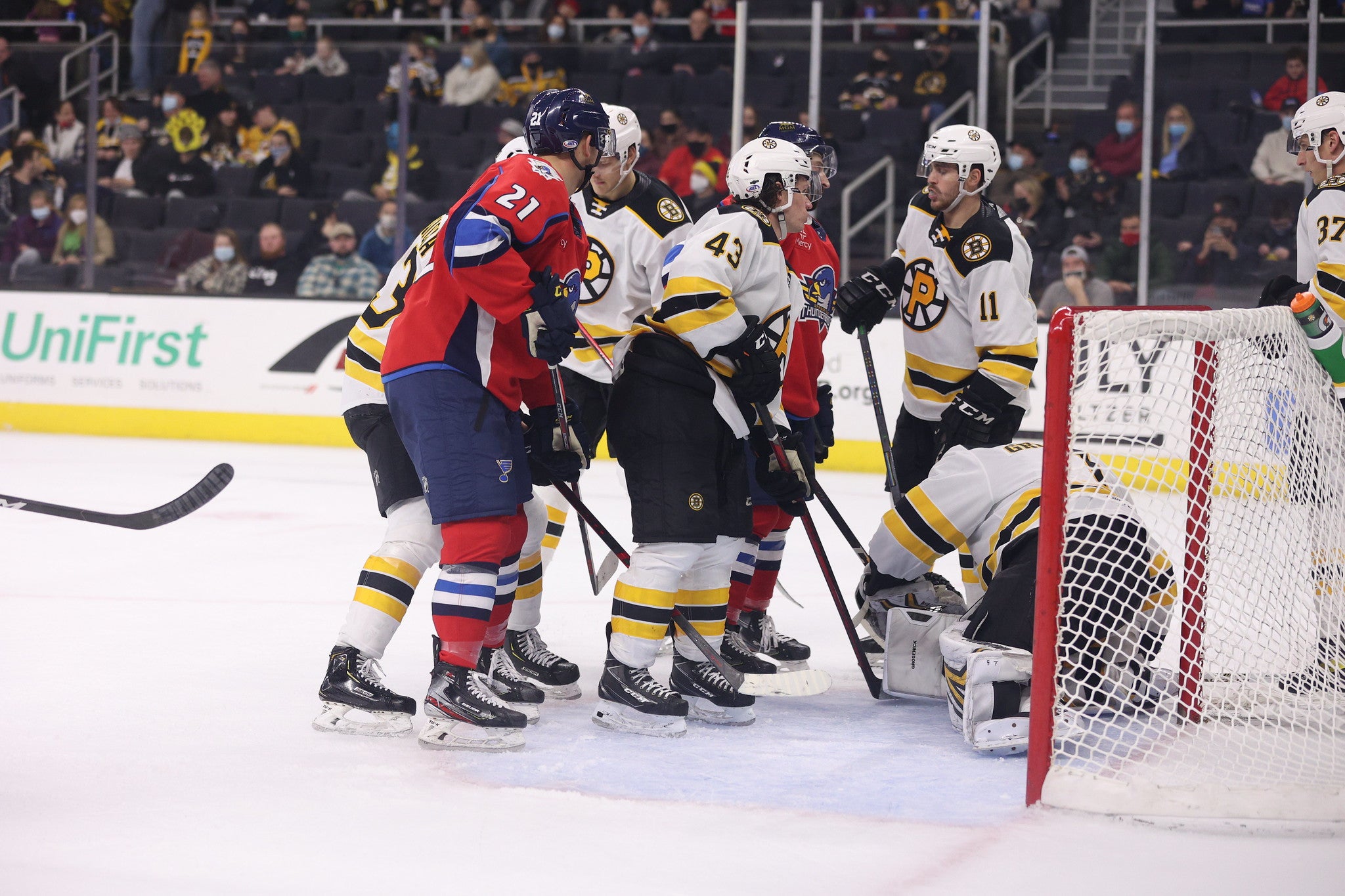 PROVIDENCE, R.I. – The Springfield Thunderbirds (17-8-2-1) received the first AHL goal in the career of East Longmeadow, Mass. native Peter Crinella, but the club fell by a final score of 7-1 to the Providence Bruins (13-8-3-1) on Sunday afternoon inside the Dunkin' Donuts Center. 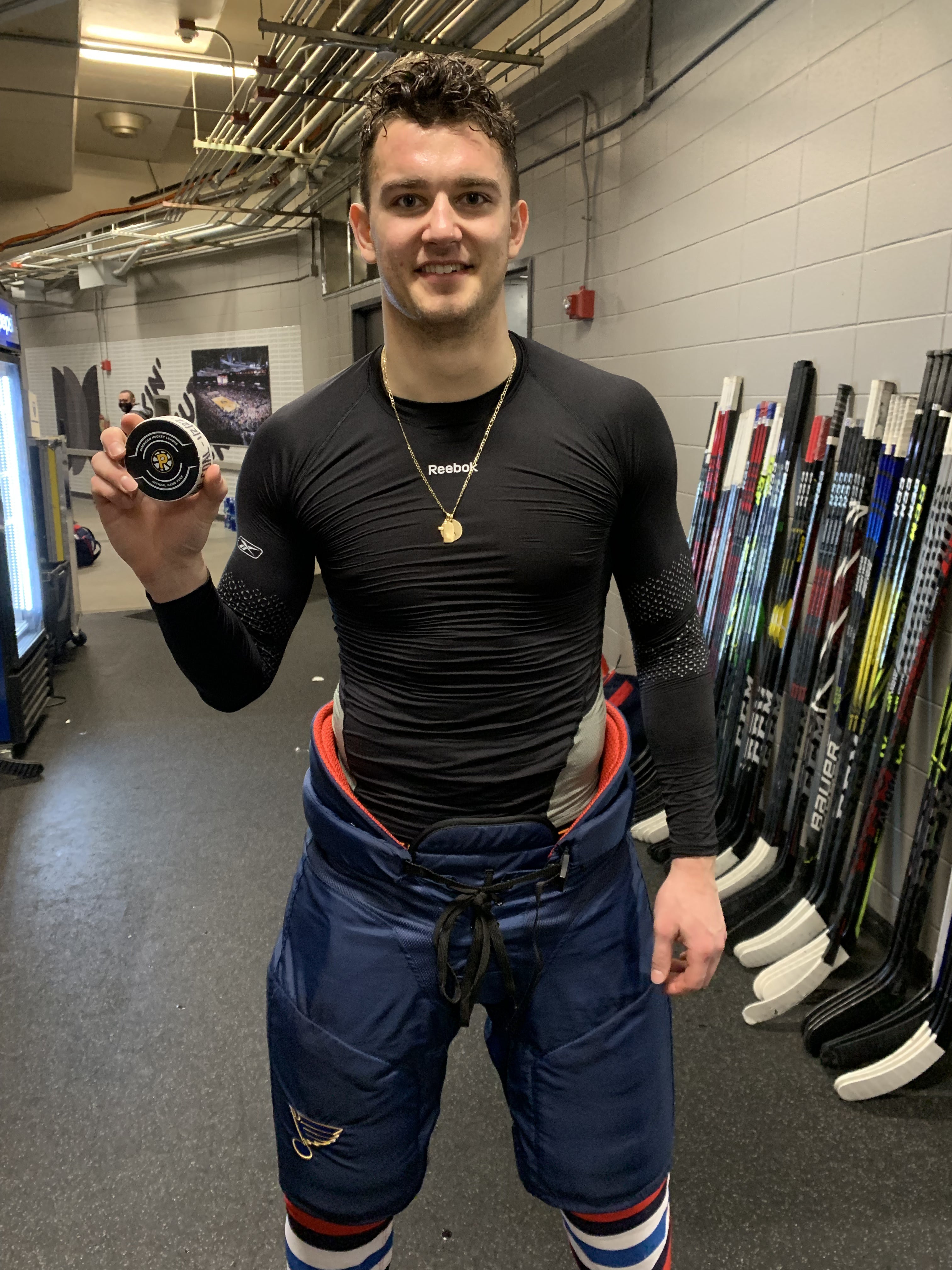 Goaltending was the operative word for the first 18 minutes of play on this Sunday afternoon, as Joel Hofer and Troy Grosenick matched each other shot-for-shot, denying a combined 30 shots to begin the game (Hofer with 16, Grosenick with 14).

After nearly breaking the tie on a power-play post-ringer by Sam Asselin moments, earlier, the Bruins finally dented the scoresheet at 17:58 when Eduards Tralmaks won possession of a loose puck behind the net and centered it into the slot for Alex-Olivier Voyer, who beat Hofer with a one-time punch shot to give Providence the 1-0 edge.

With Springfield still on its heels, the Bruins added to their lead with just 11.6 seconds left in the period. This time, Tralmaks cashed in after Justin Brazeau saw a backhander glance off traffic in the crease area. Tralmaks' second point of the period on the backhand extended the lead to 2-0 for Providence to close the first period.

Providence parlayed the momentum from late in the first to jump to a three-goal cushion to start the third as Cameron Hughes got into Hofer's eyesight and a Nick Wolff shot found its way home just 41 seconds into the second period.

The Bruins power play added to the lead when Joona Koppanen beat Hofer from the right circle to make it 4-0 at 5:44.

Crinella picked up his milestone marker at the 8:36 mark of the middle period, as he took a feed from Mathew Santos in the right circle and snapped a shot that eluded Grosenick on the blocker side to make it a 4-1 game.

Springfield would not be able to solve Grosenick any other time, though. Curtis Hall added a tally late in the second for Providence, and the Bruins also got third-period shorthanded goals from Hughes and Koppanen to round out the scoring.

The Thunderbirds next take to the ice north of the border on Friday, Jan. 7 for a matchup with the Belleville Senators. Their next home game is slated for Friday, Jan. 14 at 7:05 p.m. against the Laval Rocket.