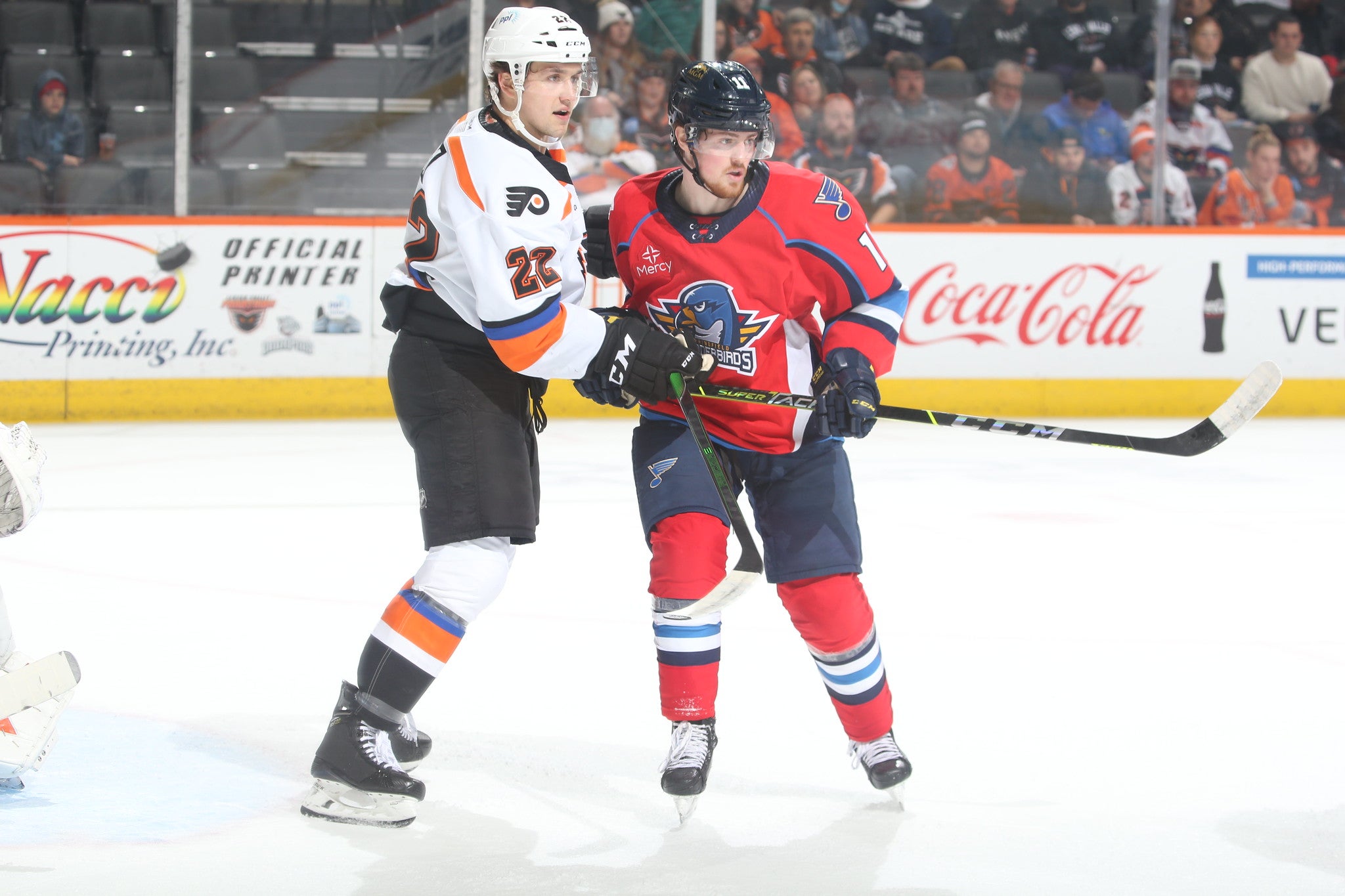 ALLENTOWN, Pa. – The Springfield Thunderbirds (9-2-2-0) came away with two points on the road, escaping with a 2-1 overtime win over the Lehigh Valley Phantoms (3-7-3-0) on Saturday night inside the PPL Center.

Springfield was gifted early chances to strike first, including a power play in the game's opening 19 seconds, but the Phantoms' league-best home-ice penalty kill had the answers on each of the Thunderbirds' three chances with the extra skater. Phantoms starting goaltender Felix Sandstrom, who stopped 13 shots in a relief effort the night before, followed that up with 16 stops in the opening 20 minutes.

At the other end, Charlie Lindgren only needed to make five saves, but two of those came off of shorthanded bids for a Lehigh Valley team that entered play with a league-high four shorthanded goals. Lindgren was also in the middle of the most notable action of the period when rugged Phantoms winger Garrett Wilson barreled over Lindgren behind the Springfield net, drawing a minor penalty in the process.

The stalemate was broken less than four minutes into the second period when the T-Birds fourth line capitalized on a net-front scramble. Scott Perunovich extended his point streak to 12 games by getting a right-point shot through traffic, and Tanner Kaspick located the puck at the feet of the crease and shuffled a backhander over a fallen Sandstrom to give Springfield the 1-0 lead. Keean Washkurak also picked up his first assist in the AHL on the tally by Kaspick, his second of the year.

The Springfield penalty kill kept the lead intact with its first action of the night, but the T-Birds power play succumbed to an opponent's shorthanded unit for the second night in a row at 15:21 when Morgan Frost intercepted a puck at his own blue line, raced up in a 2-on-1 with Max Willman, and hit Willman with a perfect saucer pass in the left circle. From there, Willman pulled the puck to his backhand around a sprawled Lindgren and tallied Lehigh Valley's league-high fifth shorthanded marker of the season, tying the game, 1-1, heading into the third.

Third-period shots were scarce, as the teams combined for just eight shot attempts in the final frame, but the biggest chance for either side came when Lehigh Valley's Gerry Mayhew rang a one-timer off the crossbar behind Lindgren, barely missing on giving the Phantoms the lead.

In extra time, the T-Birds received a monstrous save from Lindgren on Willman as the Phantoms moved in on a 3-on-1 with a chance to win it. Moments later, at the 1:52 mark of overtime, Nathan Todd roared down the left-wing and threw a cross-crease pass to Hugh McGing, who chipped it over Sandstrom to give Springfield the 2-1 win. Perunovich picked up the secondary helper, his 20th point of the season, making him the first AHL player to reach the plateau.

The Thunderbirds return to home ice on Friday, Nov. 19 to take on the Wilkes-Barre/Scranton Penguins, the first of back-to-back games inside the Thunderdome for Springfield.