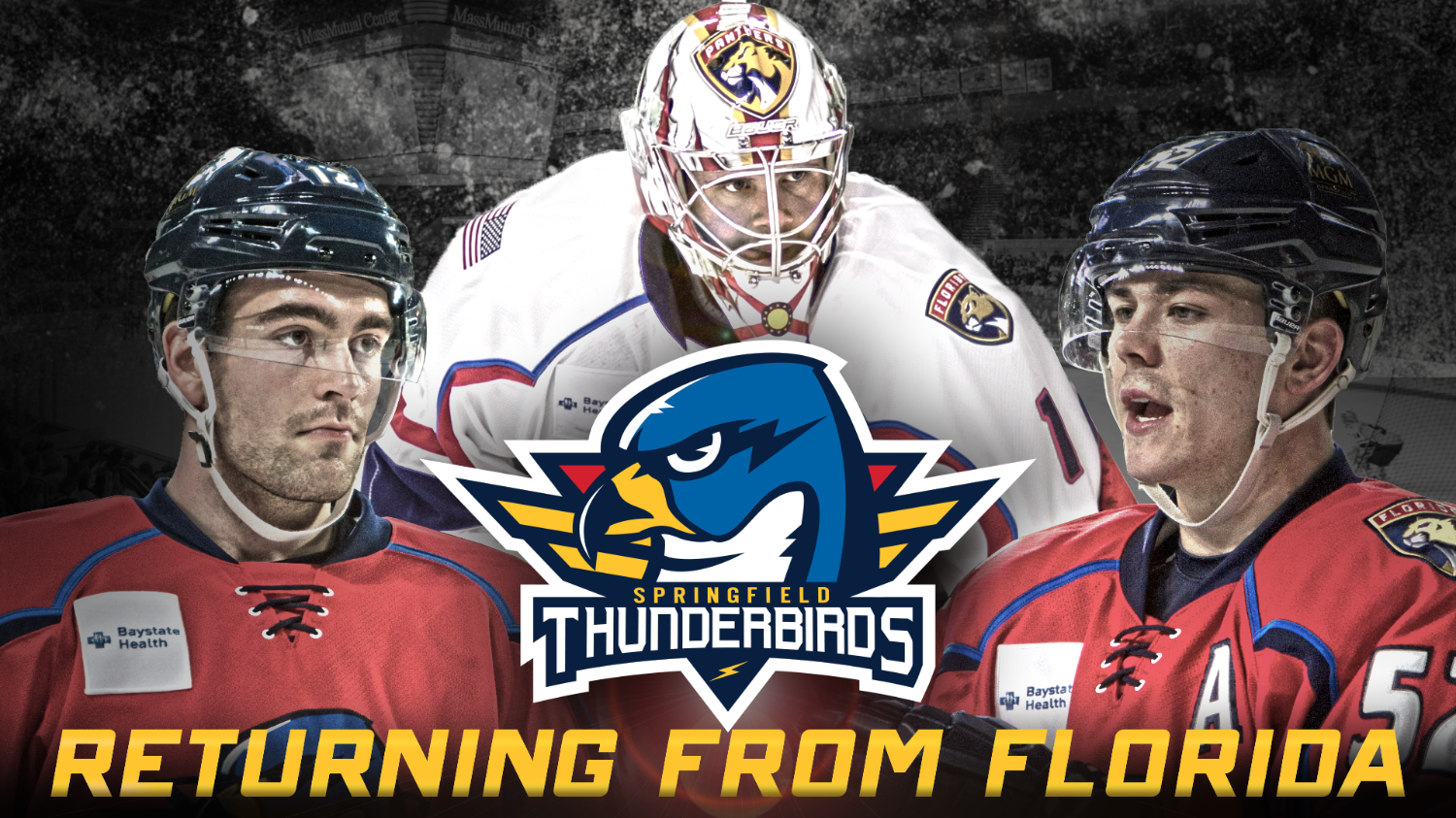 Springfield, MA- The Florida Panthers announced on Monday that they have reassigned defensemen MacKenzie Weegar, Ian McCoshen, and goaltender Sam Brittain to the Springfield Thunderbirds.

Weegar made his NHL debut against the Montreal Canadiens on April 3 and skated in three games for Florida following his recall. He tallied four penalty minutes and three shots on goal. The 23-year-old leads all Thunderbirds defensemen with 13 goals and 32 points this season.

McCoshen, 21, made his NHL debut on April 6 against the St. Louis Blues, recording his first NHL assist while playing 13:47 of game action. The rookie has put up four goals, 16 points and a team-best +18 rating as a member of the Thunderbirds.

In subsequent roster moves on Monday, the Thunderbirds released forwards Matt Leitner, Tony Turgeon and defenseman Colton Saucerman from their respective PTO's, while recalling forward Rihards Bukarts from the Manchester Monarchs of the ECHL. The Thunderbirds also assigned forward Zac Lynch and defenseman Eddie Wittchow to the Monarchs.