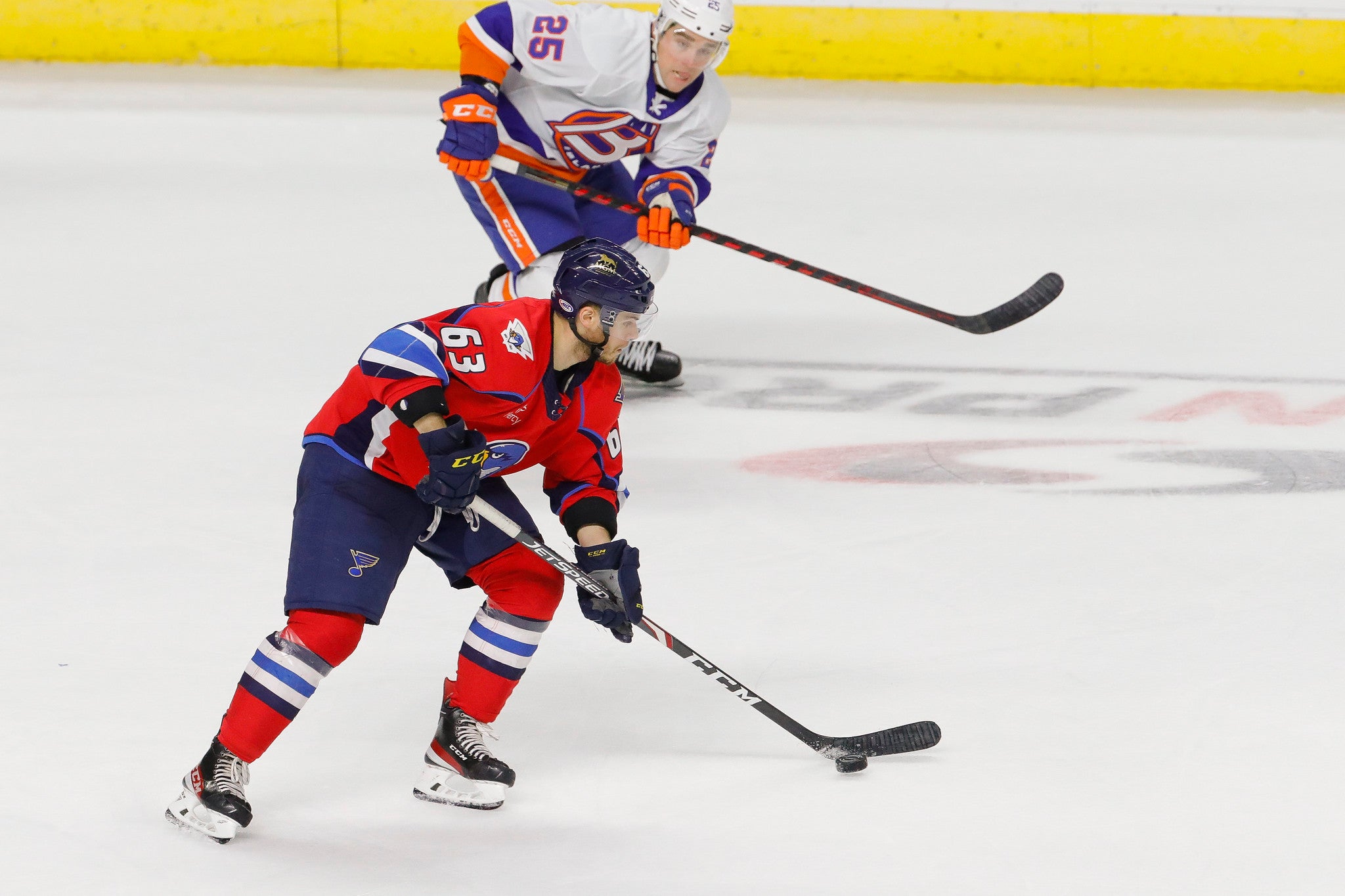 BRIDGEPORT, Conn. – The Springfield Thunderbirds (16-7-2-1) responded to an early goal with five unanswered tallies of their own to dispatch the Bridgeport Islanders (10-15-1-3) on Tuesday night at the Webster Bank Arena by a final score of 5-1.

Following their holiday break, the Thunderbirds, unfortunately, spotted their opponent a quick 1-0 advantage when Chris Terry ripped a power-play one-timer past Joel Hofer from the right circle just 46 seconds into game action. Paul LaDue and Collin Adams picked up the helpers on Terry's 10th of the season.

Fresh off his first NHL recall, Alexei Toropchenko made an impact in his first period back in the AHL, registering three prime scoring chances in the opening period, including a post-ringer from the top of the right circle that barely missed beating Jakub Skarek in the Bridgeport goal crease.

Skarek's great work would come undone in the second period, though, thanks to a three-goal onslaught from the visitors. It began with 35-year-old Jordan Smotherman tallying his first AHL goal in over 10 years, beating Skarek on a one-timer from the left-wing circle at 6:22 to make it a 1-1 tie. Jacob Hayhurst picked up his first AHL point with the primary helper, and Michael Kim also tallied an assist on the goal-scoring play.

The Islanders looked to get the lead back when they went to a power play at 14:04 of the period, but 40 seconds later, the T-Birds instead took their first lead thanks to their league-leading sixth shorthanded tally. Toropchenko and Matthew Peca broke into the offensive zone on a 2-on-2. Peca drifted in the high slot to allow Tommy Cross time to jump into the play. Cross took Peca's feed in the left circle and patiently outwaited Skarek before snapping a shot off the inside of the far pipe to give Springfield the 2-1 lead.

Already poised to take a lead into the break, Peca and the Thunderbirds added to it in the period's dying seconds. Sam Anas broke over the right-wing side and slid a pass to Peca, who was driving toward the right post. Rather than force a shot on goal from a severe angle, Peca somehow spotted Toropchenko behind his left shoulder, and the big winger drilled a one-time snap shot past Skarek with 13.3 seconds left on the clock in the middle stanza, upping the lead to 3-1.

Hofer and the Thunderbirds kept the Islanders from dangerous chances for the bulk of period three, and then the Springfield power play added the finishing touches with a pair of strikes separated by just 15 seconds. First, Hugh McGing cranked a one-time feed from Peca and knuckled the puck over Skarek's shoulder at 16:18 to make it 4-1. Then Keean Washkurak picked up a goal in his third consecutive game, taking a feed in front of the crease from Drew Callin and stashing a backhander into the top shelf at 16:33.

After allowing the opening power-play goal, Hofer played almost 60 full minutes of shutout hockey, stopping the next 26 shots he faced to finish out his third consecutive win over Bridgeport. Springfield maintains its position atop the Atlantic Division with the win, and the Thunderbirds are now 7-0-1-0 against the Islanders this season.