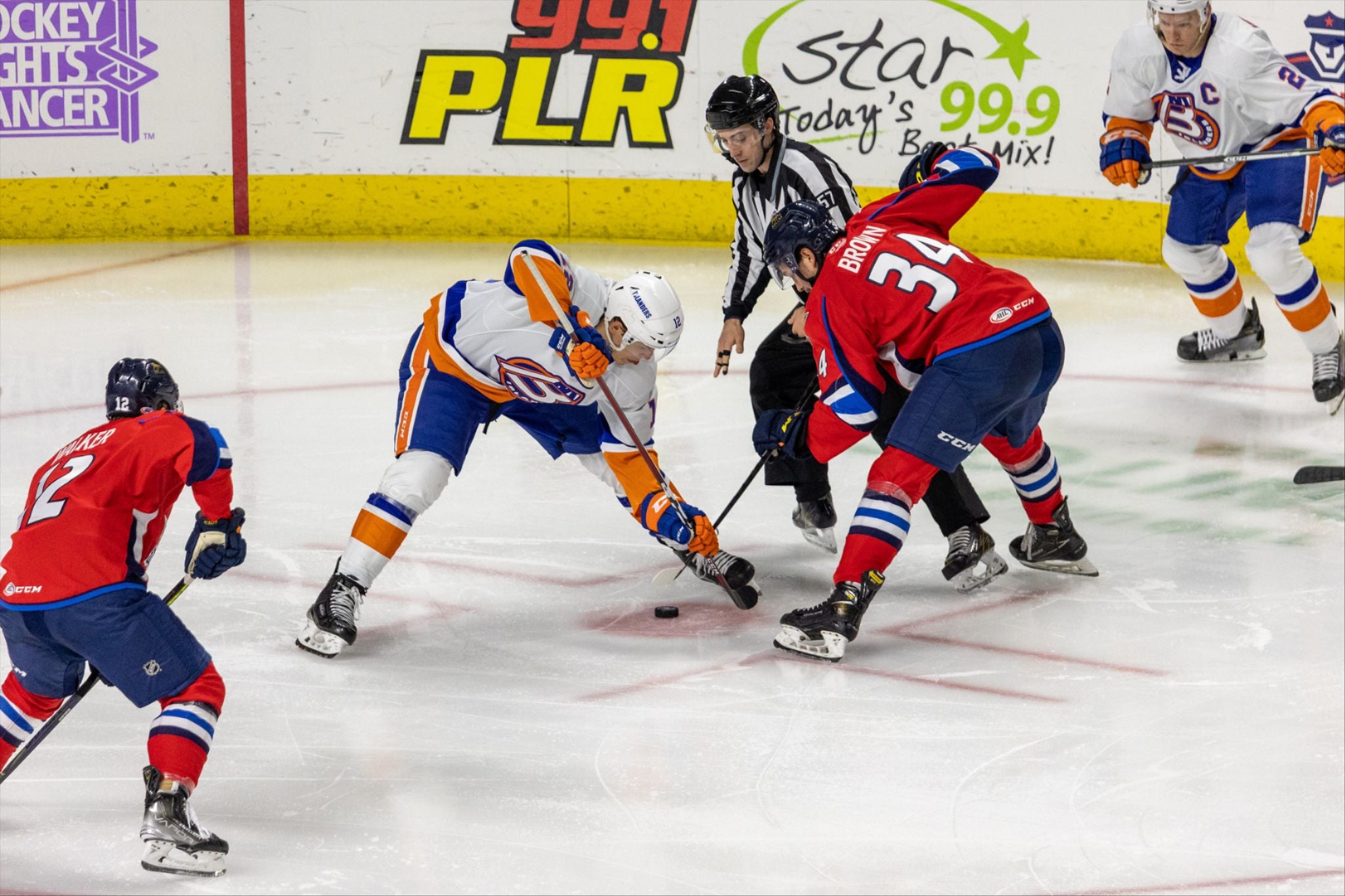 BRIDGEPORT, Conn. – The Springfield Thunderbirds (7-0-2-0) came screaming out of the gates and never looked back en route to a 4-1 victory over the Bridgeport Islanders (3-5-0-2) on Saturday night at the Webster Bank Arena.

The Thunderbirds exploded out of the gates, to put it lightly. Just 42 seconds into festivities, Dakota Joshua won a puck battle in the left corner and slid the puck in front of the goal line to Nolan Stevens. In one motion, Stevens tucked a precise forehand pass to a waiting Alexey Toropchenko, who beat veteran Cory Schneider up over the glove hand to give Springfield the 1-0 edge.

Springfield would not spend long sitting on the one-goal lead, as Logan Brown added to the offensive burst just 20 seconds later off a setup by rookie Nick Albano, as Brown rumbled behind the defense and lifted a backhander through Schneider at 1:02, making it a 2-0 T-Birds lead.

Still not content, the lead blossomed again at 4:29 when Albano once again got himself on the board with a perfect low wrist shot from the right point that skimmed the stick of Keean Washkurak and kissed the back bar behind Schneider, and before the Islanders could get their footing, the T-Birds had raced to a 3-0 edge.

The early lead gave confidence to rookie netminder Colten Ellis, who was making his AHL debut in the Thunderbirds' goal crease. His first period ended up being a busy one, as the Islanders put 11 shots on net, desperate to cut into the deficit. Even though Andy Andreoff did dent Ellis with a goal at the 16:26 mark, Ellis held his ground and kept Springfield ahead 3-1 into the first intermission.

The raucous first period gave way to a more defensively responsible middle 20 minutes, with the two squads trading chances but no goals past the midpoint of regulation time. Springfield's vaunted power play finally broke the middle period silence at 13:42 on yet another sensational play by Perunovich. Joshua won a faceoff straight back toward the center point. Perunovich was forced to dive his outstretched arm and body toward the loose puck, and he remarkably was able to keep the puck in the zone while maintaining control. He returned to his feet to set up Matthew Peca for a right-wing circle wrist shot that slipped past Schneider. Peca's team-leading sixth of the season (and Perunovich's 15th point) gave Springfield the 4-1 lead.

The Thunderbirds' defense in front of Ellis remained sturdy in the final period, and for a third consecutive game, Springfield was perfect on the penalty kill, going 4-for-4 on the night. Ellis finished his debut with 28 saves in the victory.

With the win, the T-Birds have matched their best start to a season since they entered the league in 2016 with a 7-0-2-0 mark. They look to complete a three-game weekend sweep on Sunday afternoon when they square off in Hershey against the Bears for the second time in three days. Puck drop is set for 3:00 p.m.