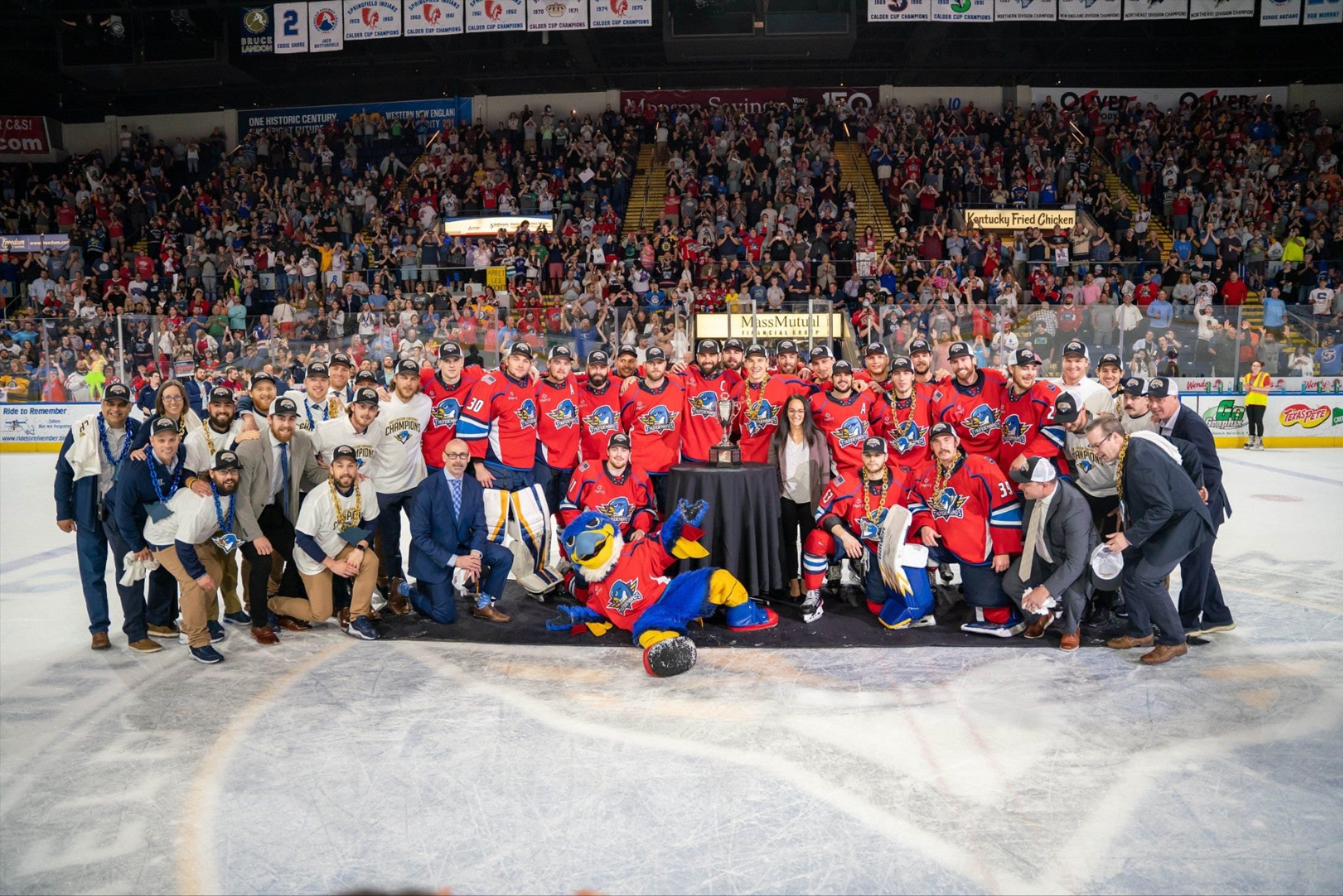 SPRINGFIELD, Mass. - The Springfield Thunderbirds rode a 34-save shutout from ex-Laval Rocket goalie Charlie Lindgren on Wednesday night in Game 7 of the Eastern Conference Finals, and the T-Birds advanced to Springfield's first AHL Calder Cup Finals since 1991, as well as the first in T-Birds club history, with a 4-0 win over the Rocket.

Laval earned the first power-play chance of the night just 2:40 into the contest, and it put Springfield starting goaltender Charlie Lindgren to work early. "Chuckie Sideburns" answered the call with flying colors with a pair of stellar in-tight saves against Joel Teasdale and Cedric Paquette to keep the game scoreless.

Then the T-Birds' power play, which was 0-for-29 in the series entering Game 7, finally broke through to get the vital first goal of Game 7. Just eight seconds into Springfield's first man-advantage of the night, Matthew Peca curled the puck up from the left circle and snapped a wrist shot over the glove of Cayden Primeau to give the home team the 1-0 edge at 6:45 of the opening frame.

The Rocket would have a seemingly easy chance to tie the score, 1-1, as Alex Belzile fielded a puck in the right circle with nothing standing between him and an empty net. Somehow, the Laval winger pushed the shot off the outside of the net, and Springfield escaped that scare to leave the first period with the 1-0 advantage.

The Thunderbirds' offensive purpose was palpable in a second period that saw them unleash 20 pucks on Primeau in 20 minutes of action. Dakota Joshua finally got Springfield some insurance with a high-rising wrister that went into the top shelf on the glove side to make it 2-0 at 9:33 of the middle period.

Belzile got himself into more trouble when he tripped up Hugh McGing at 12:43, setting the T-Birds up with a third power play in the game. Springfield's newly revived power play made Laval pay again, as Sam Anas and McGing combined to set up Nathan Todd, who patiently held onto the puck in the left circle, waited for Primeau to drop to the butterfly, and elevated a shot into the upper corner on the blocker side to make it 3-0 at 13:31.

Lindgren was locked in late in the period as Laval had its second power-play chance of the night to cut into the lead, but the longtime Laval goaltender had every answer to 13 second-period Rocket attempts. As the third began, Lindgren had one more amazing save in him as he robbed Danick Martel with a seemingly open net early in the third, all but sealing Laval's fate.

Joshua added an empty-netter at 19:18 of the final period to round out the scoring and send Springfield to its first Calder Cup Final in 31 years. The T-Birds will take on the Chicago Wolves in the Calder Cup Finals, beginning on Sunday at Allstate Arena at 4:00 p.m. ET. A full series schedule can be seen below.