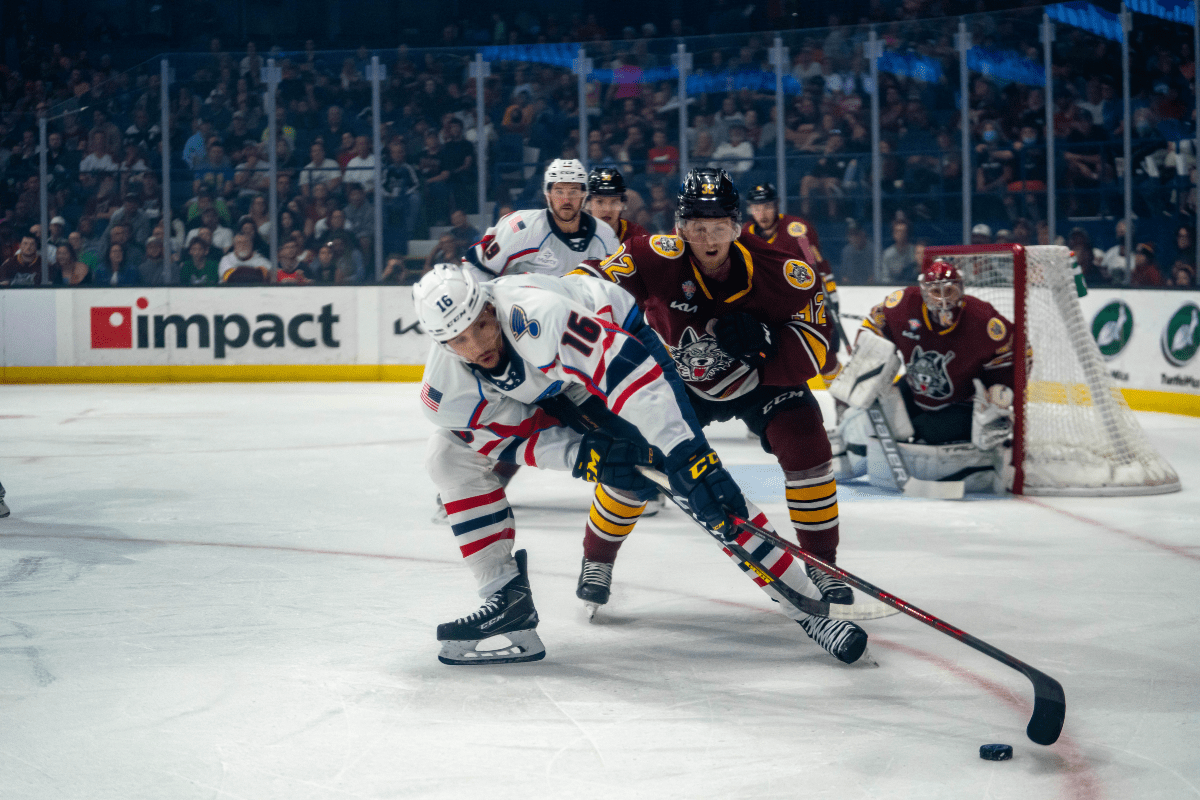 T-Birds' Early Stumbles Too Much to Overcome; Wolves Even Series

ROSEMONT, Ill. - The Springfield Thunderbirds could not recover from an all-out attack over the opening 25 minutes from the Chicago Wolves, who evened the 2022 Calder Cup Finals with a 6-2 win on Monday night at Allstate Arena. The series is now tied at one game apiece.

The Wolves, not surprisingly, came out of the gates with fire to begin Game 2, and it would not take the top team in the AHL long to vault to the lead. Just 1:42 into the first period, Richard Panik found his way to the right circle, where he was positioned perfectly to punch home a rebound off of Joel Hofer's pad to give Chicago the 1-0 edge.

Just 29 seconds later, the Wolves lead doubled as Spencer Smallman fired a wrist shot from the left side off the rush that squirted through Hofer's glove side to make it 2-0.

Unfortunately for Springfield, the Chicago blitz was not yet done. Defenseman Joey Keane joined the scoring barrage at 8:15 with a wrist shot from the top of the right circle that got through traffic and into the twine to make it a 3-0 contest at 8:15.

The Thunderbirds, visibly frustrated by the proceedings, then put themselves into a difficult dilemma when they took two separate penalties simultaneously to put Chicago on a 5-on-3 at the 9:24 mark. The Wolves power play made them pay the price, as Josh Leivo's one-timed home his 12th goal of the postseason to make it 4-0 at 10:12 in a first period that saw Stefan Noesen contribute three assists and Andrew Poturalski tally a pair of helpers.

Armed with a 4-0 lead, rookie Chicago goaltender Pyotr Kochetkov was there when called upon for his team in the first, stopping all nine Springfield shots that came his way, including a trio of attempts when the T-Birds had a 4-on-3 power play in the closing minutes of the period.

Chicago would not let its foot off the pedal, and Noesen picked up a fourth assist as he set up Poturalski on the doorstep for a beautiful goal just 5:18 into period two to make it a 5-0 score.

Despite a near-impossible mountain to climb, the Thunderbirds showed outstanding character, killing a Chicago 5-on-3 and then connecting on their own two-man advantage at 13:54 when Calle Rosen ripped a one-timer upstairs for his first goal of the playoffs to make it 5-1.

The T-Birds added another just 2:29 later, as Will Bitten parked himself at the side of Kochetkov's net and found a hole in the rookie netminder's blocker arm to stuff home a close-in chance off a setup by Dakota Joshua to bring the margin down to 5-2 at 16:23 of the second.

The comeback try would not get closer though, as the second power-play goal of the night for Leivo salted the game away at 9:15 of the third period to make it 6-2.

Springfield will maintain its home-ice advantage though when the series shifts to Springfield for Game 3 on Wednesday night at 7:05 p.m. ET.

The full series schedule can be seen below: