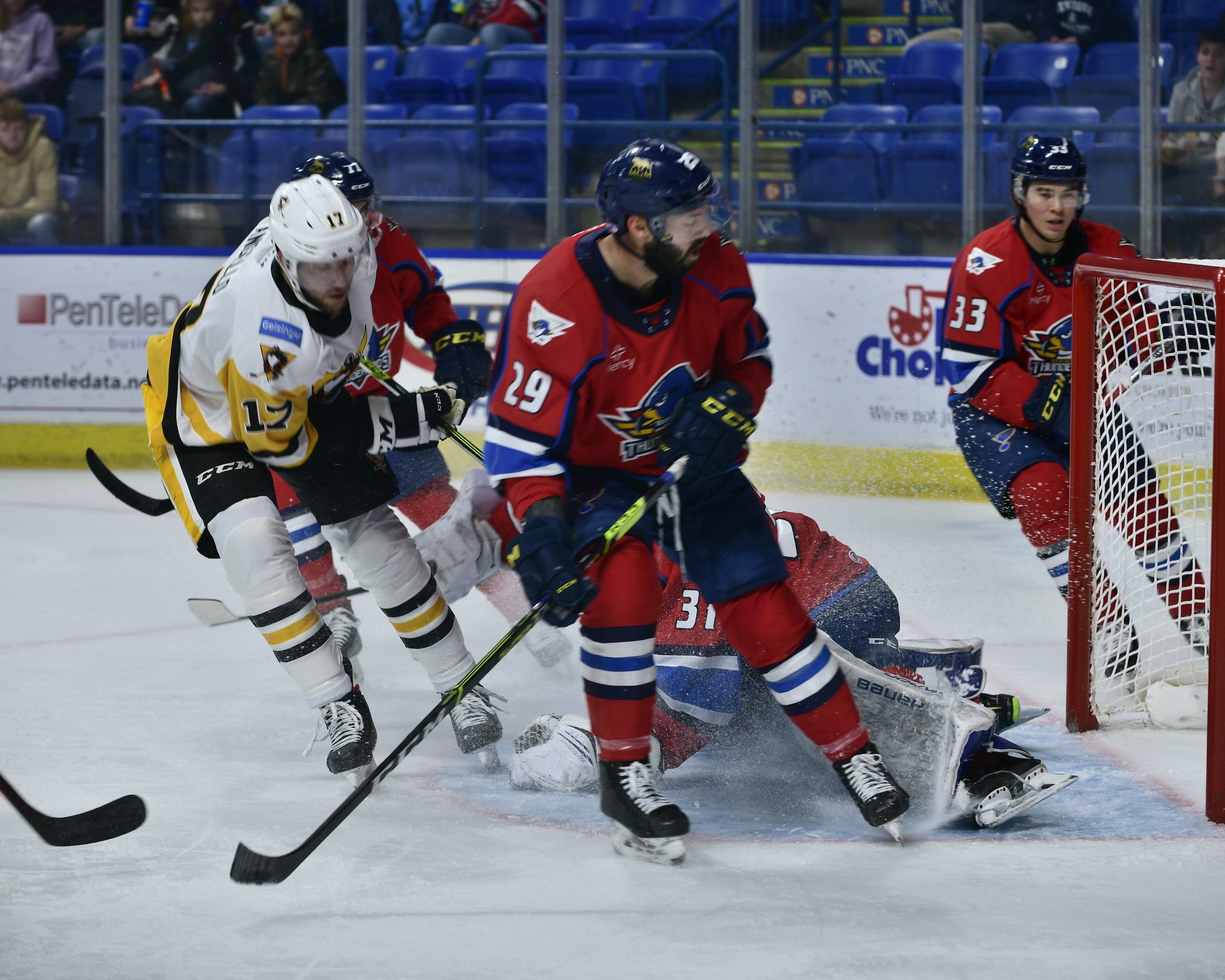 T-Birds Fall in Wilkes-Barre to Penguins

WILKES-BARRE, Pa. – The Springfield Thunderbirds (14-6-2-0) fell to the Wilkes-Barre/Scranton Penguins (9-8-1-2) on Sunday afternoon inside the Mohegan Sun Arena at Casey Plaza by a final score of 6-0.

Despite a lineup that featured four players making their T-Birds' season debuts, Springfield came out with plenty of energy in the opening 20 minutes, putting 13 shots onto the net of Penguins rookie netminder Matt Jurusik, who was making his AHL debut. Unfortunately for the T-Birds, Jurusik kept the door shut to keep a zero on the board.

The Thunderbirds had the only power play of the first period, but Wilkes-Barre/Scranton instead picked up its first shorthanded goal of the season at 8:39 to jump to the lead. Captain Taylor Fedun moved up on his backhand on the left-wing side and pushed an attempt onto the net of Colten Ellis. The Springfield goaltender made the first save, but Anthony Angello pounced on the loose rebound to get his first goal of the season to make it 1-0 for the Penguins.

Felix Robert added to the Penguins lead with his sixth of the season at 1:41 of the second, and those were quickly followed by defense tallies for Wilkes-Barre/Scranton veterans Pierre-Olivier Joseph and Matt Bartkowski, respectively. Joel Hofer entered in relief of Ellis, but that did not stop the Penguins from getting another tally from Kyle Olson on a redirection from a Bartkowski point shot at 17:06. Ellis returned to the net to start the third and was greeted by the first goal of the year by Justin Almeida at 8:44 of the third to round out the scoring. Jurusik picked up 28 saves for a shutout in his AHL debut.

Springfield returns to home ice on Friday night to tangle with the Hershey Bears; puck drop is set for 7:05 p.m. from the MassMutual Center.