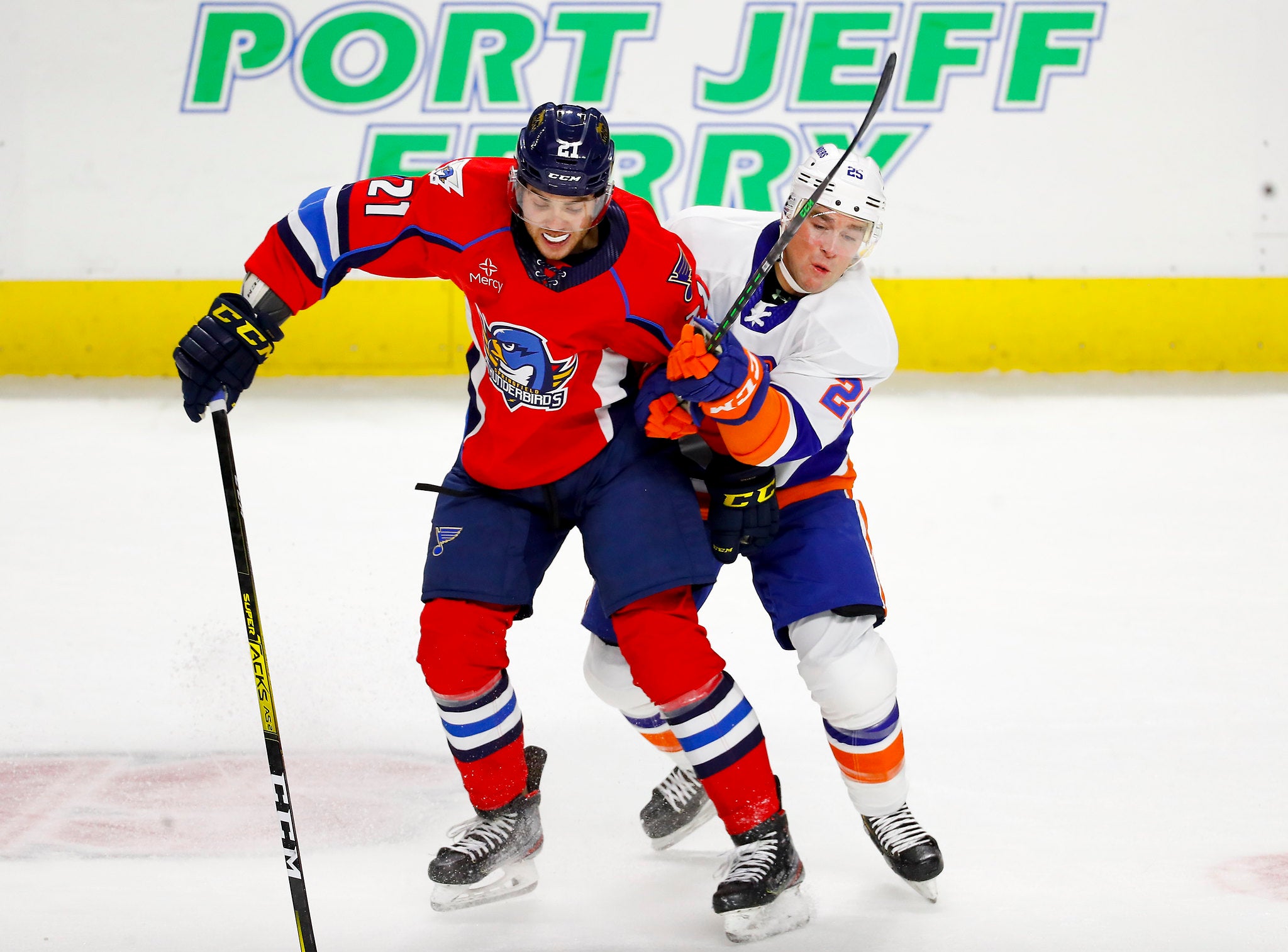 BRIDGEPORT, Conn. – The Springfield Thunderbirds (3-0-1-0) succumbed to a feverish comeback from the Bridgeport Islanders (1-2-0-2) in a 4-3 overtime decision at the Webster Bank Arena on Saturday night.

After allowing the game's first goal for the first time on Friday, the Thunderbirds got back to their fast-start ways on Saturday evening. In a first period that consisted of strictly 5-on-5 hockey, the T-Birds' third line got their first goal of the season, as MacKenzie MacEachern parked himself to the right of Islanders goalie Jakub Skarek and had an empty net on a perfect diagonal pass from Scott Perunovich at the top of the right-wing circle. Dakota Joshua, like MacEachern, picked up his first point as a T-Bird with the secondary helper.

Bridgeport had chances of their own, ending the period with a 9-8 shot edge over the T-Birds, but Springfield veteran netminder Charlie Lindgren had answers to every Islander offering to keep Springfield in front through 20 minutes.

The Springfield penalty kill fended off a Bridgeport power play near the midpoint of the second to maintain the lead, and less than two minutes after that kill, Logan Brown added to the Springfield lead as he made a power move from the left-wing corner to the front of the net before slipping a backhander through Skarek's five-hole, making it a 2-0 game at 9:49.

The Thunderbirds had to wait until the 11:57 mark of the second to get their first power play of the night, but the red-hot man-advantage unit continued its torrid start as Perunovich danced to the bottom of the right circle before hitting Nathan Walker in the crease, with Walker potting his first T-Birds goal from point-blank range at 13:06 to make it 3-0.

Bridgeport's power play would get the Islanders on the board at long last at 15:52 on a fortuitous play that saw Austin Czarnik fan on a one-timer from the top of the left circle. However, that changeup became a perfect pass into the slot for Michael Dal Colle, who finished with a forehander through Lindgren's arm to cut the lead to 3-1.

The Islander power play connected a second time at 5:50 of the third, as Arnaud Durandeau crashed the crease to deflect an Otto Koivula pass home, chopping the Springfield lead to a precarious 3-2 score. Lindgren did everything he could to keep Springfield in front, including a pair of phenomenal saves - a post-to-post slide to rob Blade Jenkins on a 2-on-1, and a right-glove robbery on Dal Colle in front of what appeared to be an empty net.

Despite Lindgren's gutty play, the Islanders would not be denied, as Lindgren's ex-teammate Chris Terry finally tied the score with a one-timer that squeezed through the Springfield netminder's arm at 12:56 of the final period. That tying goal led to the second overtime in three meetings between the division rivals.

This time around, however, the Islanders would be the team to emerge victorious as defenseman Robin Salo beat Lindgren with a slot wrister at 4:10 of overtime to get Bridgeport its first victory of the young season and snap Springfield's three-game win streak.

The Thunderbirds can still finish the weekend with five of a possible six standings points on Sunday afternoon when they pay a visit to the Providence Bruins at the Dunkin' Donuts Center. Puck drop is set for 3:05 p.m.