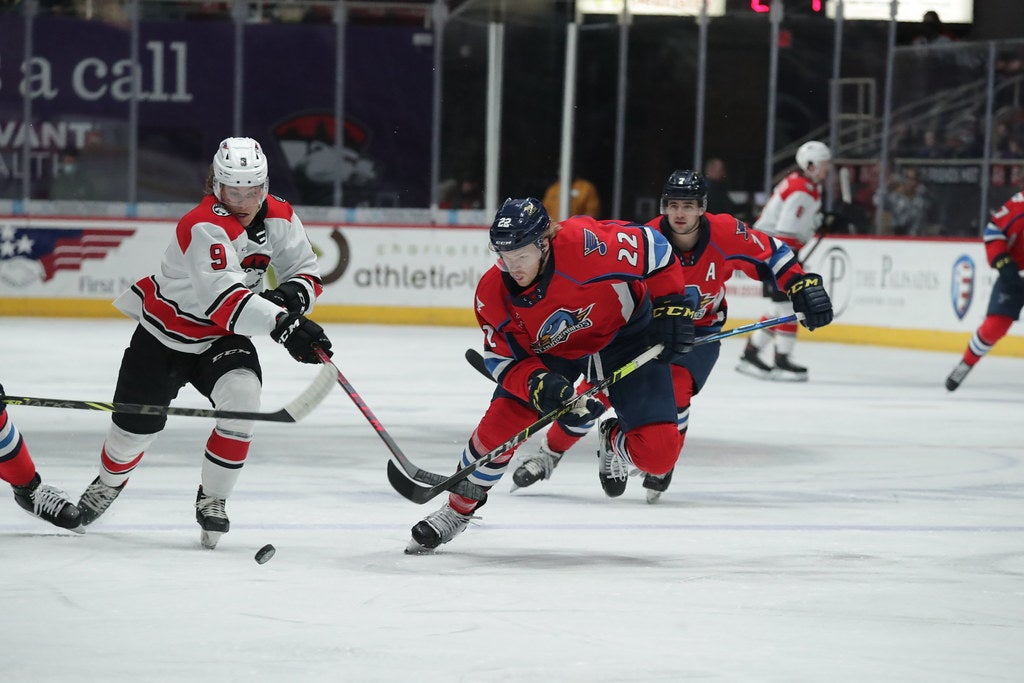 The T-Birds have captured three of the first four matchups against their division foe this season, winning in Springfield by a final of 5-3 on Oct. 31, in Charlotte by a final count of 4-2 on Jan. 18, and then again by a 4-2 margin in Springfield on Feb. 26.

Nikita Alexandrov has paced the T-Birds offensively against Charlotte this season, posting four points (2g, 2a) in the four games of the season series. The rookie is coming off his first two-goal game as a pro in Springfield's 5-2 win at Laval on Monday night. Nathan Todd, Hugh McGing, and Matthew Peca all added goals for the T-Birds in their Monday victory. Peca's goal, his career-high 18th of the season, pushed his season point total to 45, one away from his career-high total of 46 that he set in 2017-18 with Syracuse.

Charlie Lindgren continued his sensational season in the net, stonewalling his former Rocket club behind 31 saves on 33 shots in Monday's win, which included 13 in the final period alone. Lindgren sits 7th in the AHL in both wins (16) and goals-against average (2.31), and his .922 save percentage is 5th-best in the league. The veteran backstop has won seven of his last eight starts and sits at 16-3-1 on the season through 20 decisions.

For more information on the Springfield Thunderbirds and to learn more about becoming a 2022-23 ticket member, please visit www.SpringfieldThunderbirds.com or call (413) 739-GOAL (4625) to speak to a Thunderbirds representative.