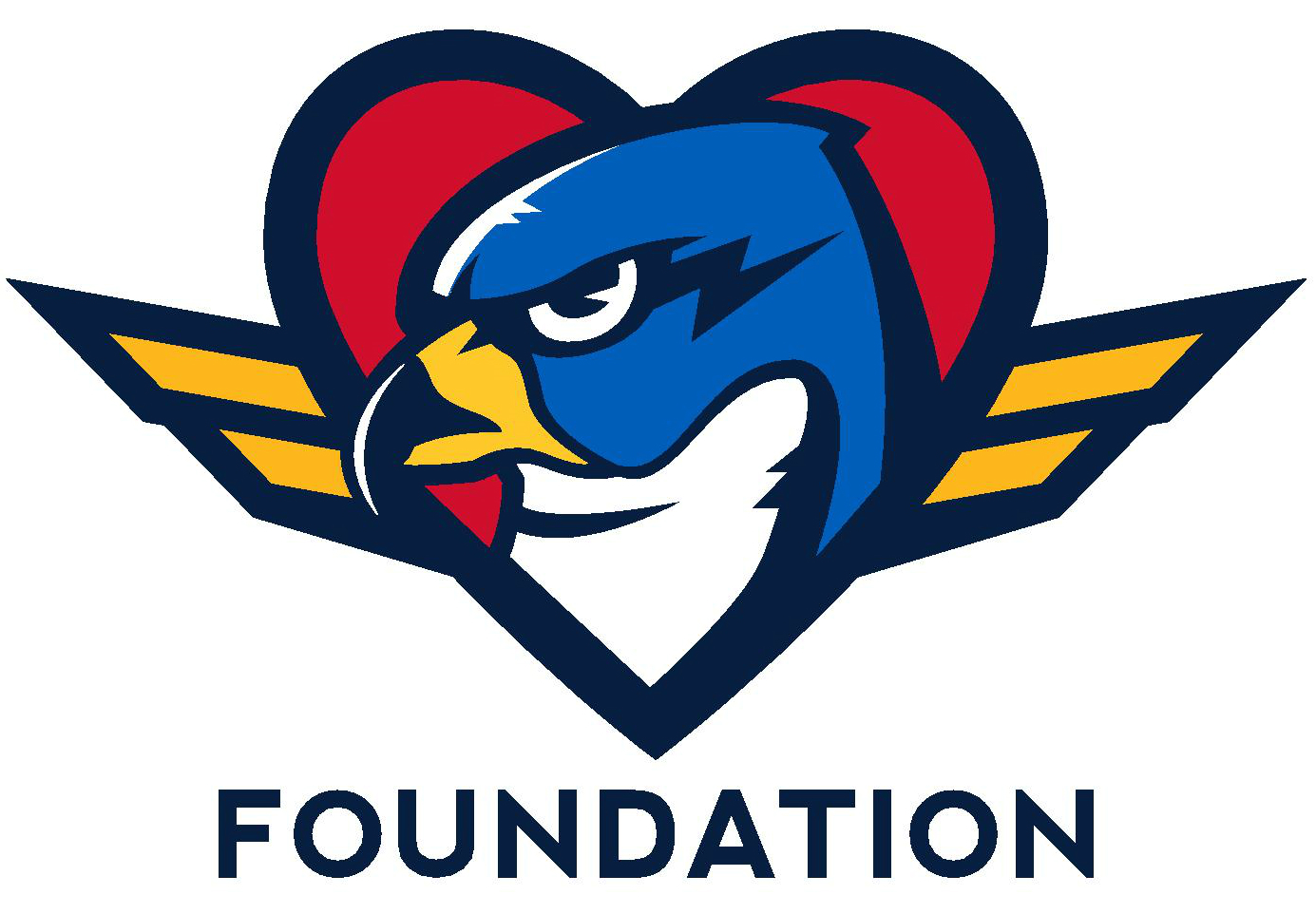 In 2018, the Springfield Thunderbirds, a proud pillar of Springfield’s community, announced the formation of the T-Birds Foundation, a 501(c)(3) public charity that will serve to benefit causes in Springfield and surrounding Pioneer Valley communities.

The mission of the T-Birds Foundation is to serve the Springfield community and the Pioneer Valley beyond every win and loss through a focus on providing and supporting initiatives in the areas of health and wellness, youth enrichment, and civil service. Inquiries may be made to foundation@springfieldthunderbirds.com.

Though the organization has not had a formal foundation until now, the Thunderbirds have been able to make an impact in the community on and off the ice through annual staple events like Pink in the Rink (benefiting Rays of Hope), Hometown Heroes Night, Military Appreciation Night and the Teddy Bear Toss (in which bears are donated to children during the holidays), which will be cornerstones of the foundation’s events moving forward.

Through their first two full seasons in the AHL, the Thunderbirds have contributed more than $120,000 to charitable causes in Western Massachusetts. In addition, team mascot “Boomer” and Thunderbirds players have appeared and participated at more than 300 events in the surrounding community since the team’s launch in 2016.

The newly renamed “Springfield Thunderbirds Sled Hockey Team” took to the ice for their first game on Sunday, Oct. 21, 2018 at the Olympia Ice Center in West Springfield. The program, administered by the Center for Human Development’s Disability Resources, supports three teams of adult competitive/travel, adult recreation, and youth sled hockey players. Anyone with a disability that would prevent them from participating in “stand-up hockey” is a candidate for sled hockey. The sport allows players with mobility limitations and lower-limb mobility impairments to play hockey and requires great upper-body strength, balance, and the ability to handle the puck. Even able-bodied individuals enjoy the sport of sled hockey and can play on a team. 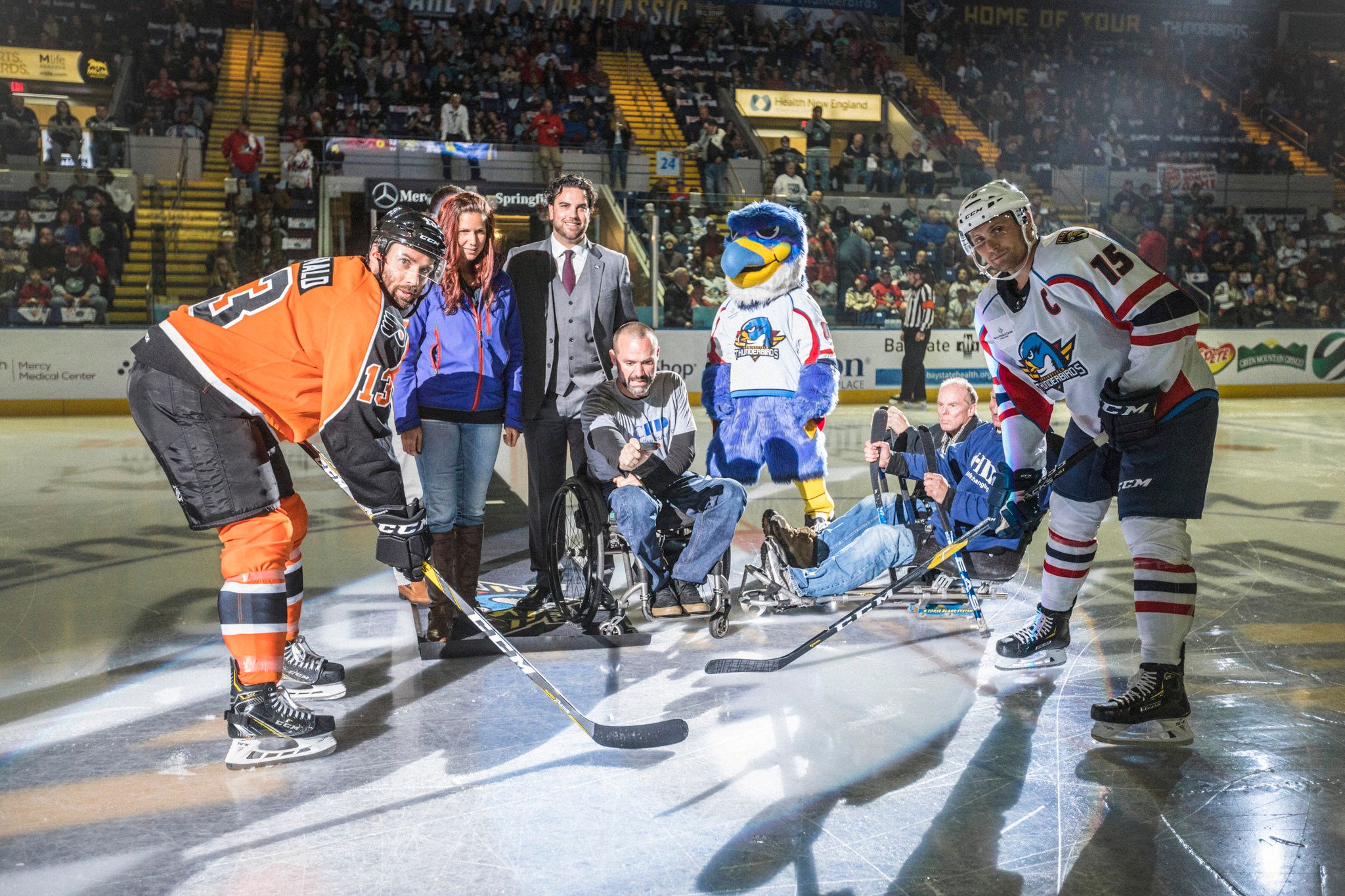 Pictured above, members of the CHD Sled Hockey team drop the puck on Opening Night at the MassMutual Center on Oct. 13, 2018.

Check out some of the T-Birds' traditional staple community events below: Pink in the Rink to Benefit Rays of Hope