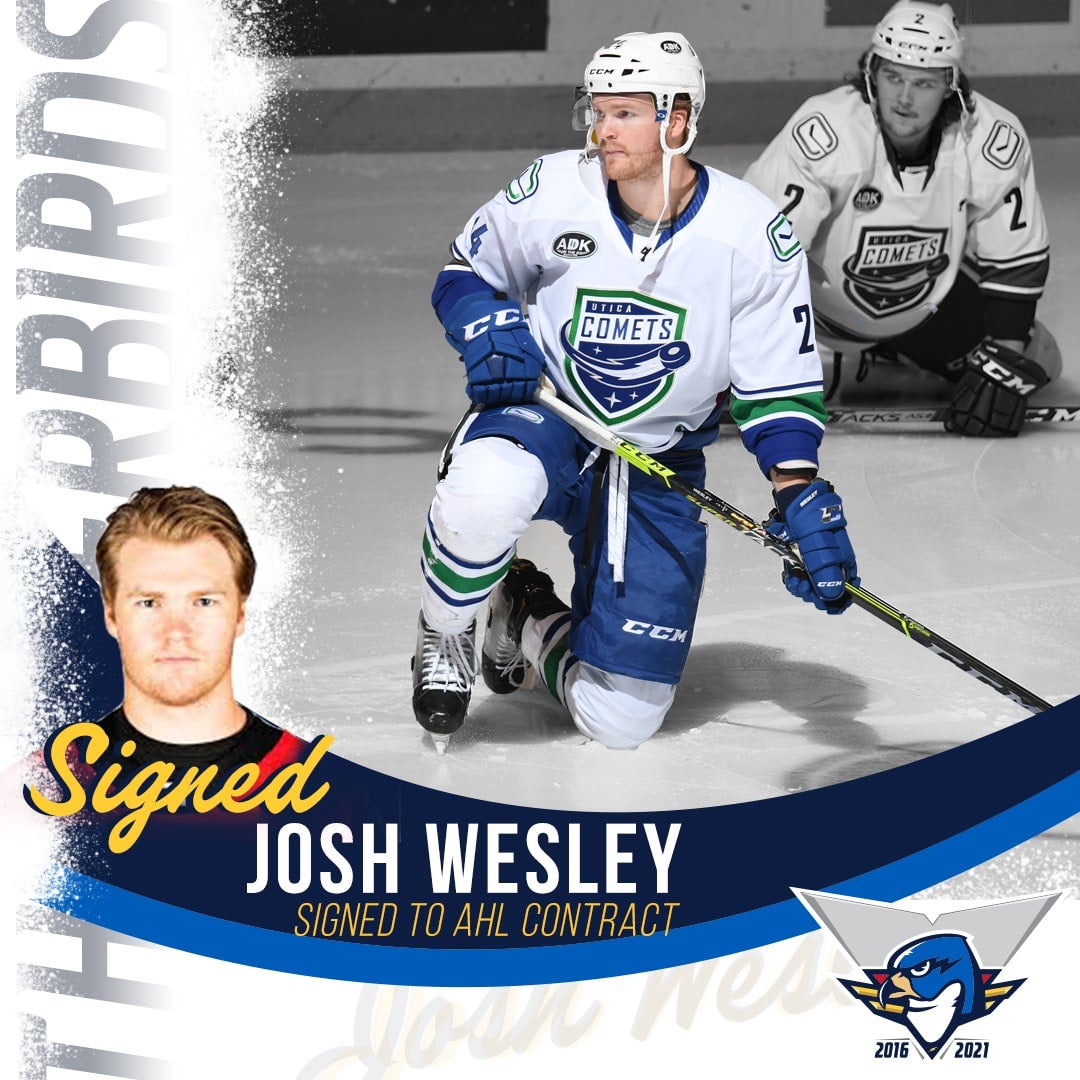 Wesley, 25, skated in 25 games with the Utica Comets during the abbreviated 2020-21 season, scoring two goals and adding four assists to go along with 10 penalty minutes. In 98 career AHL games with Utica, Hartford, and Charlotte, Wesley has tallied 15 points (4g, 11a) and 53 penalty minutes. Born in Hartford, Conn., Wesley is the son of St. Louis Blues development coach Glen Wesley. The elder Wesley spent 20 seasons (1987-2008) in the NHL as a defenseman with the Boston Bruins, Hartford Whalers, Carolina Hurricanes, and Toronto Maple Leafs. He captured a Stanley Cup championship with Carolina in 2006. Luce, 23, skated in 22 games with the Rochester Americans during his rookie season this past spring. He posted two goals and one assist, as well as 27 penalty minutes. He also played in 12 games for the ECHL's Rapid City Rush, tallying two assists. 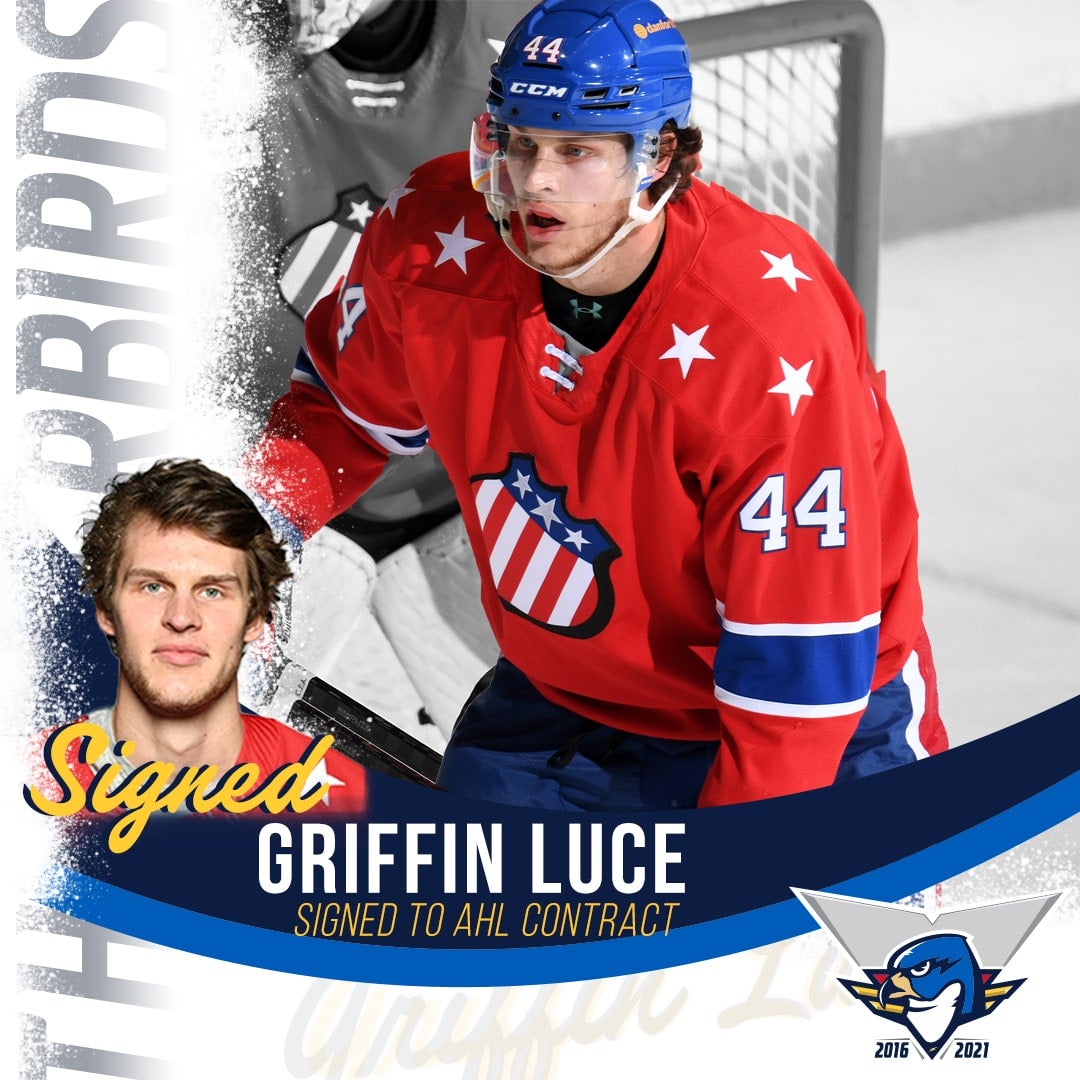 A native of Williamsville, N.Y., the 6-foot-3, 216-pound Luce skated in four collegiate seasons for the University of Michigan, where he posted a +9 career rating over 131 games with the Wolverines. He also added 14 points (3g, 11a) over his NCAA career. For more information or to become a 2021-2022 Springfield Thunderbirds ticket member, call (413) 739-GOAL (4625) or visit www.SpringfieldThunderbirds.com. The Thunderbirds open their fifth anniversary season on Saturday, Oct. 16 for Opening Night against the Hartford Wolf Pack at the MassMutual Center.