The American Hockey League released its 2019-20 regular season schedule on July 10, and for the first time in club history, the Springfield Thunderbirds will open play on home ice to start the season. That is just one of the highlights for T-Birds fans to await in 2019-20, as “Voice of the T-Birds” Ryan Smith takes a dive into the schedule’s details:

I don’t know about you, T-Birds fans, but the second week of July is like a second birthday celebration every year when free agency and the schedule have started to unfold. The summer is a time for daydreaming and visualizing the months ahead, and for a second straight offseason, the Florida Panthers have shown a dedication to adding players at both the NHL and AHL levels.

As the season gets closer, we can take a closer look at just what the Panthers and Thunderbirds have from a personnel standpoint, although it is clear that the excitement of the Joel Quenneville hire (a former Springfield Indians coach, mind you) has had a trickle-down through the entire organization.

Taking a look at the schedule strictly on the breakdown, it reveals the following:

Now onto the meat of it – the biggest takeaways from the schedule:

Thunderbirds head coach Geordie Kinnear has prided himself and his team on making the MassMutual Center the toughest building for visiting squads. A season ago, you – the fans – had a huge impact on Kinnear’s vision, averaging 5,879 fans in a 6,793-seat venue for the 25 Fridays and Saturdays throughout the season, including eight sellout crowds.

This season, the AHL schedule makers threw the Thunderbirds and their fans an opportunity to improve on those gawdy numbers, with 29 of the 38 home games occurring on those prime nights. Of those 29 games, 23 will come against Atlantic Division rivals. Translation? Noise, and plenty of it.

2 – Jumping Right into the Bridgeport Battle

The first game of the regular season always has more anticipation than most – the dawn of a new season means a clean slate for all 31 AHL teams. The Thunderbirds certainly have never lacked energy in any of their three openers in Allentown, Providence, and Wilkes-Barre, but the winning result eluded them each of those times. 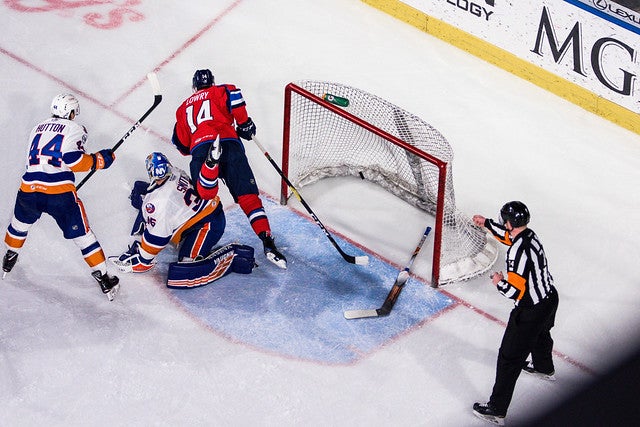 2019-20 presents a whole new set of fireworks to begin the campaign. For the first time, the Thunderdome hosts the very first game of the season, so you can imagine the energy levels will be even higher than usual. Couple that with the fact that the Bridgeport Sound Tigers are opponent number one, and you have a recipe for a powder keg explosion almost instantaneously.

In case you have forgotten, the T-Birds and Sound Tigers has been arguably the most mean-spirited matchup in the Atlantic Division since 2016, and it does not seem to matter how either roster changes. Some examples:

The bad blood has been a near-constant, and with an additional game in each team’s building this season, this figures to be a 12-game season series with no shortage of grudges. The team that better controls its emotions figures to give itself the best chance for victory each time the rivalry is renewed.

3 – A Notable Omission and Re-Inclusion

While some fans may be a tad bummed out not to see the Toronto Marlies on the 2019-20 season schedule, it may not be the worst thing in the world. The Thunderbirds have had trouble against the Marlies in their brief history, dropping each of the six games against the 2018 Calder Cup champions. In their place, the Thunderbirds pick up an extra two matchups with the Rochester Americans. 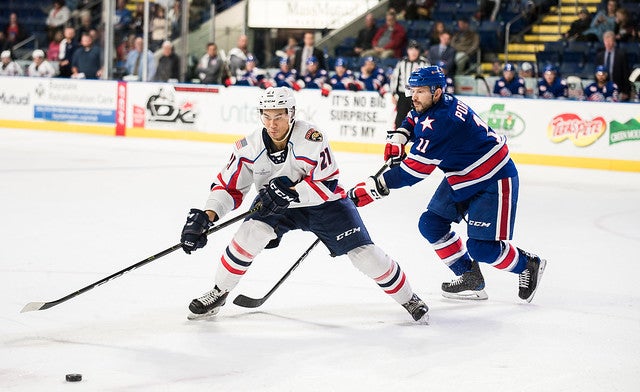 Last season, the Amerks and T-Birds each got the taste of blowout victory and blowout defeat in a wild two-game season series that saw Springfield score a franchise-record nine times on home ice against Rochester on Nov. 16, including a team-record seven times in the second period. The Americans returned the favor with a 7-1 win in their home building on Feb. 8.

The Charlotte Checkers have seen a lot of roster turnover in the aftermath of their first-ever Calder Cup in June, but that should not make them a lesser team by any stretch next season. New head coach Ryan Warsofsky was an assistant on Mike Vellucci’s Cup-winning staff last season, so there should not be a huge change in systems for Charlotte, even with Vellucci moving on to the Wilkes-Barre/Scranton Penguins. 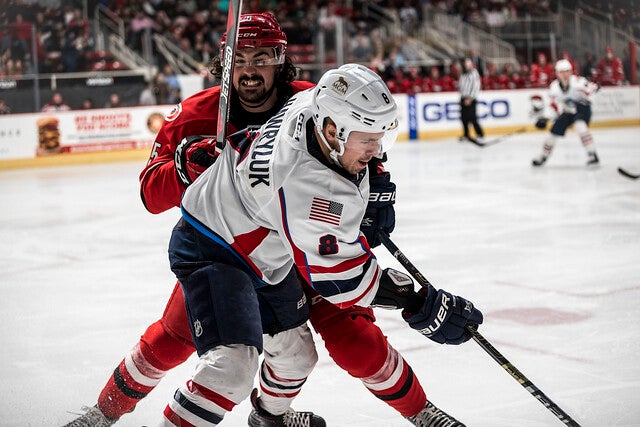 I bring all of this up because the Thunderbirds’ playoff aspirations could very well hinge on a pivotal final three weeks of the season. Three of the Thunderbirds’ final four games on home ice will come against – you guessed it – the defending Calder Cup champion Checkers. Geordie Kinnear’s former club will provide a great litmus test for the Thunderbirds once again, and the T-Birds proved they can hang with a top team in the league, having bested the Checkers in their penultimate matchup at the Bojangles Coliseum last April.

5 – Sleeping in Your Own Bed

Last season, the Thunderbirds stormed out of the gates with a 7-0-0-2 start to the season, a feat made all the more impressive when you consider they had travel that required hotel stays in Wilkes-Barre, Allentown, and Laval in the season’s first three weeks.

This season, the Thunderbirds will have a chance to enjoy the comfort of their own practice rink and homes for all but one night in the month of October, with an overnight journey from Hartford to Allentown on Oct. 18-19 as the only time where the team will not be spending the night in their own dwellings.

While a spectacular month of October does not necessarily ensure a playoff year and beyond, the Thunderbirds know first-hand how much better it feels to be near the top of the standings than near the bottom at the end of the month.  Just a year before last, the Thunderbirds started 0-6-0-0 and had to climb out of that hole for months. A repeat of October 2018 would be near the top of the Springfield wish list heading into the fall.