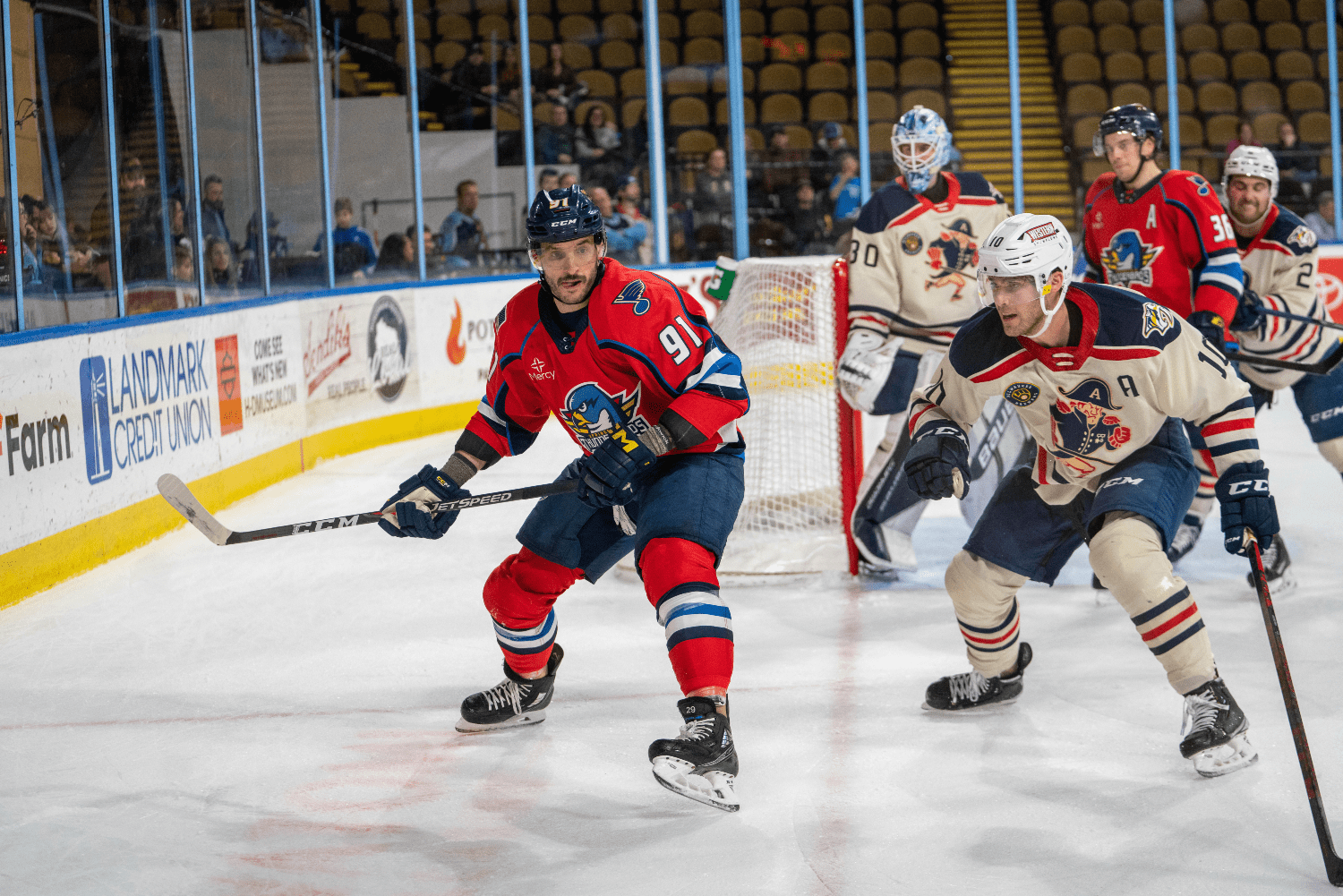 MILWAUKEE, Wis. - The Springfield Thunderbirds (16-17-1-4) received a fantastic goaltending performance and rode two rapid-fire goals to a 2-1 win over the Milwaukee Admirals (21-14-0-2) on Wednesday night at UW-Milwaukee Panther Arena.

Both teams entered coming off of tough multi-goal losses, but it was the visiting Thunderbirds who carried much of the play in the opening period, generating 12 of the 17 shots in the opening 20 minutes, including 5-on-3 and 4-on-3 advantages. Unfortunately for Springfield, Central Division All-Star netminder Yaroslav Askarov was at his best, keeping Springfield off the board in the entirety of period one.

At the other end, Joel Hofer was not overly busy, but he was stable in the opening frame, bouncing back from a loss on Monday that saw the T-Birds' All-Star pulled from the game for the first time this season.

Springfield's top line finally broke the draw on a clean faceoff win by Matthew Peca, which allowed Martin Frk to fire a high slot wrister around a screen and past Askarov, making it 1-0 at 6:23. Frk's 12th goal of the season got the offense awakened, and just 44 seconds later, Hugh McGing ended a six-game point drought, beating Askarov on a rush up the left wing side, making it a 2-0 score at 7:07.

Hofer went his first 97 minutes against Milwaukee without allowing a goal, but Milwaukee cut the lead in half when Jordan Gross one-timed a shorthanded slapper over a helpless Hofer at 17:07, slimming the T-Birds' lead to 2-1 heading into the third.

The Admirals made the third period their personal shooting gallery on Hofer, as they peppered the Springfield goal with 14 attempts from all angles. In the end, Hofer kept the door shut, and Springfield picked up the narrow victory to snap a four-game slide.

The T-Birds look to build off Wednesday's win with a visit to Rockford on Friday against the IceHogs. Puck drop is set for 8:00 p.m. ET.