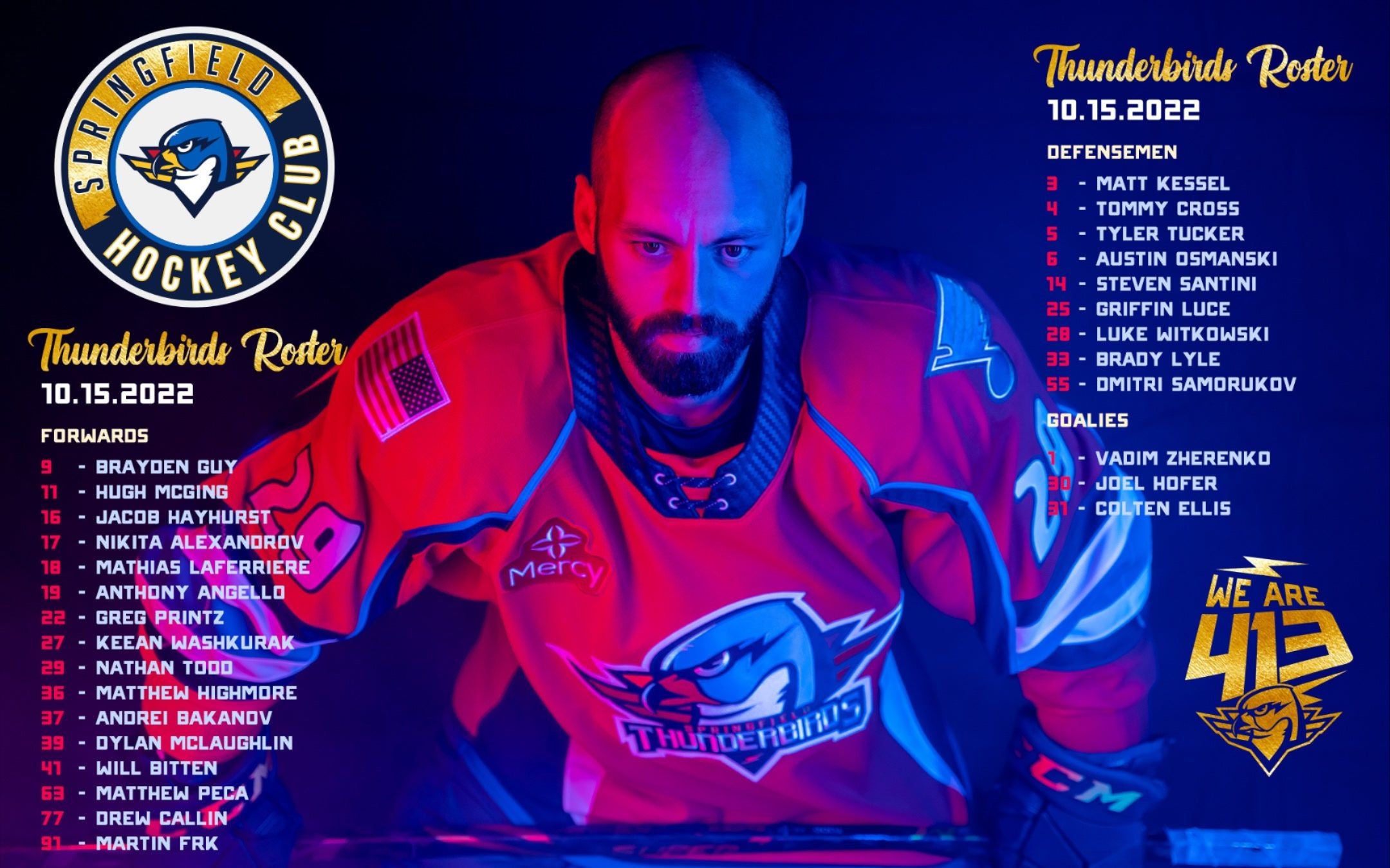 The initial roster features 28 players: 16 forwards, nine defensemen, and three goaltenders. Fans can get their first look at the T-Birds on Opening Night on Saturday, October 15 against the Bridgeport Islanders.

17 players on the Opening Night roster were on the Thunderbirds roster during the Calder Cup Finals last June, of which 12 saw game action during the final series.

The season gets underway on Saturday, October 15 with a Block Party on Court Square, presented by Community Bank, N.A., from 4:00 to 6:00 p.m. featuring live music by Fever. Then Opening Weekend presented by MGM Springfield begins as the T-Birds face the Bridgeport Islanders at 7:05 p.m. - fans are urged to be in their seats by 6:50 to take in the pregame ceremony and festivities, including the unveiling of the 2021-22 Eastern Conference Champions banner and player introductions.