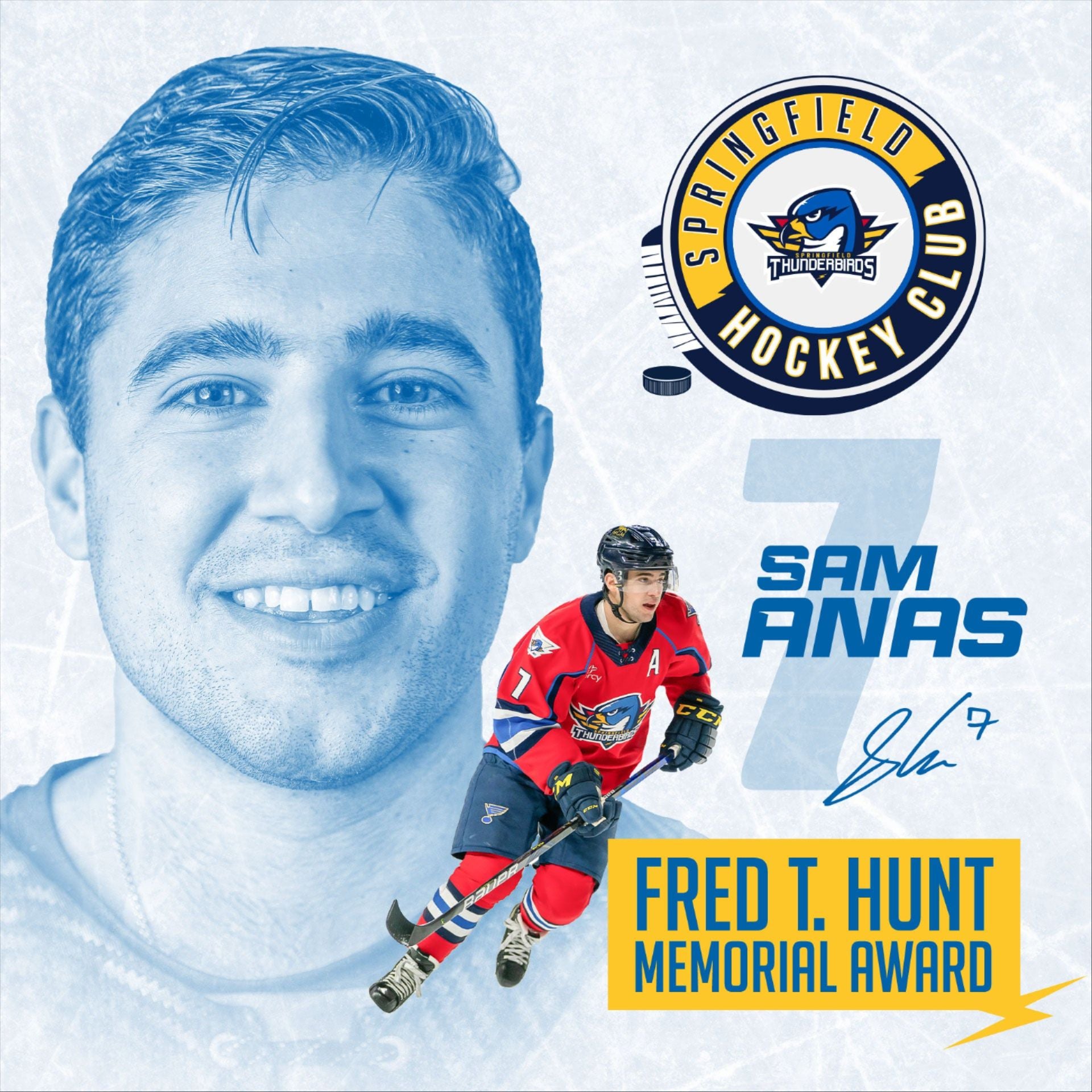 SPRINGFIELD, Mass. - The American Hockey League announced today that Sam Anas of the Springfield Thunderbirds is the 2021-22 winner of the Fred T. Hunt Memorial Award as the AHL player who best exemplifies the qualities of sportsmanship, determination, and dedication to hockey.

The award is voted on by coaches, players, and members of the media in each of the league’s 31 member cities.

In his first season with Springfield, Anas set team records with 44 assists and 64 points in 2021-22, leading his team in scoring for the third consecutive season. He also reached the 20-goal mark for the third time in his career, highlighted by the goal he scored on Mar. 5 during the Thunderbirds’ Pink in the Rink Night – the first he had participated in since the loss of his mother, Demetra, to breast cancer in 2020. Named an alternate captain at the start of the year, Anas skated in 75 of the club’s 76 games and accumulated only 12 minutes in penalties.

In six AHL seasons with Springfield, Utica and Iowa, Anas has totaled 96 goals and 188 assists for 284 points in 357 games while amassing just 56 penalty minutes – including zero majors or misconducts. The native of Potomac, Md., won the league scoring title and was a First Team AHL All-Star in 2019-20. Undrafted out of Quinnipiac University where he was a two-time All-American, Anas originally signed with the Minnesota Wild in 2016 and joined the St. Louis Blues organization as a free agent on Oct. 10, 2020.

Anas and the T-Birds make their first Calder Cup playoff appearance beginning next week. Springfield Thunderbirds playoff tickets, including Pay As We Play plans, are on sale now! Follow @ThunderbirdsAHL on Facebook, Twitter, and Instagram for more details to come, call (413) 739-GOAL (4625) or visit www.SpringfieldThunderbirds.com.