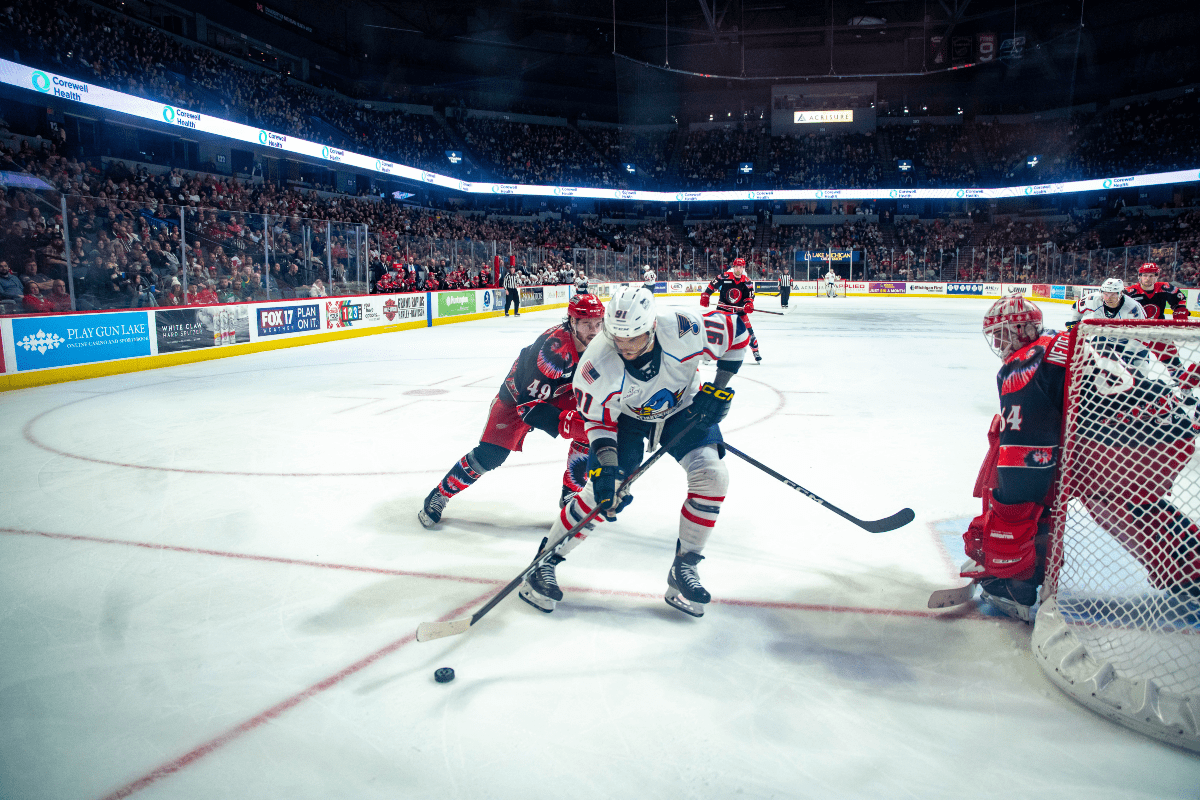 Playing in front of a sellout crowd, the Griffins raced out to another quick first period, as Albert Johansson one-timed a slap shot through heavy traffic and past Joel Hofer to make it a 1-0 Grand Rapids lead at 7:24 of the opening period.

Springfield was by no means a spectator in the opening 20 minutes, as they forced veteran netminder Alex Nedeljkovic into a heavy workload, but the former Calder Cup champion had the answers on all 12 T-Birds shots. His steady play was rewarded with an insurance marker from Jakub Vrana, who beat Hofer upstairs on a 2-on-1 rush at 13:44 of the marker, giving Grand Rapids a 2-0 lead at the intermission.

Springfield remained confident in its game, and at 7:20 of the second, the fourth line got the T-Birds on the board when Jacob Hayhurst feathered a pass from the left corner out to the right side, where Drew Callin fired a forehand shot through Alex Nedeljkovic, cutting the Griffins' lead to 2-1.

Early in the third, Springfield's penalty kill turned offensive when Will Bitten entered the offensive zone on the left wing and saucered a pass into the slot area, where Matt Kessel pushed a snapper through Nedeljkovic to get the T-Birds even, 2-2, just 2:18 into the frame. It was Springfield's second shorthanded goal in two nights, as well as Kessel's first goal since Nov. 16.

Hofer was crucial to the T-Birds' comeback, as he locked down the Grand Rapids offense in the final 40 minutes, making 19 saves in that time.

With overtime required to bring about a winner, Springfield flipped the script from the clubs' first meeting when Nikita Alexandrov received a pass at the offensive blue line and wristed it through Nedeljkovic at 1:31 of the extra period, securing the third and final leg of the midwest sweep.

With a three-game win streak in tow, the T-Birds return home for four of the next games, beginning with a back-to-back set of games at the Thunderdome on Friday and Saturday against Belleville. Puck drop is set for 7:05 p.m. each night.