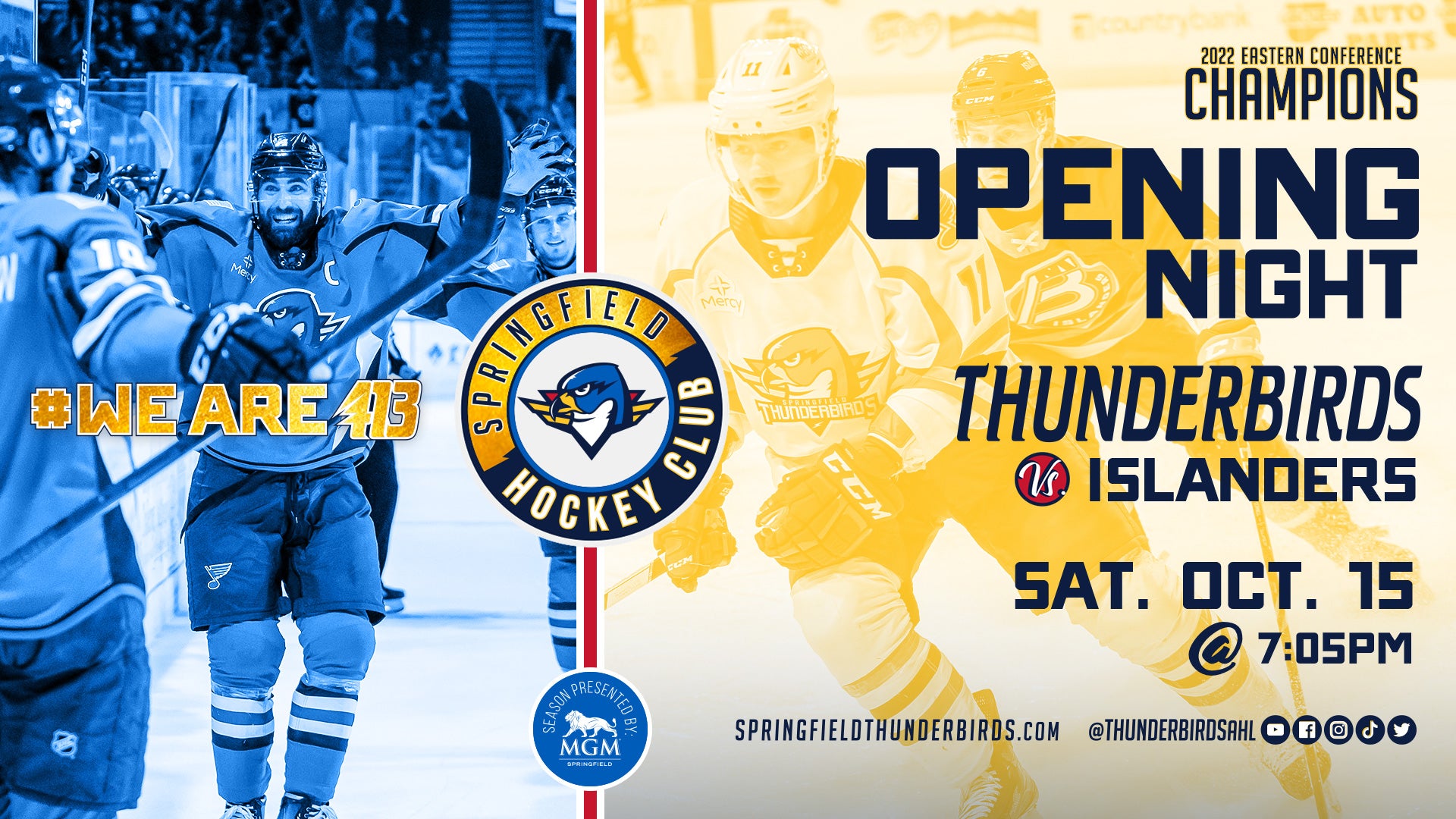 SPRINGFIELD, Mass. - The Springfield Thunderbirds announced today that they will open their home-ice schedule on Saturday, Oct. 15 at 7:05 p.m. against the Bridgeport Islanders on Opening Night at the MassMutual Center.

The full AHL regular season schedule is expected to be announced on Thursday. Thunderbirds fans can reserve their seats for the 2022-23 season and lock in the best prices and member benefits by calling (413) 739-GOAL (4625) or visiting www.SpringfieldThunderbirds.com.