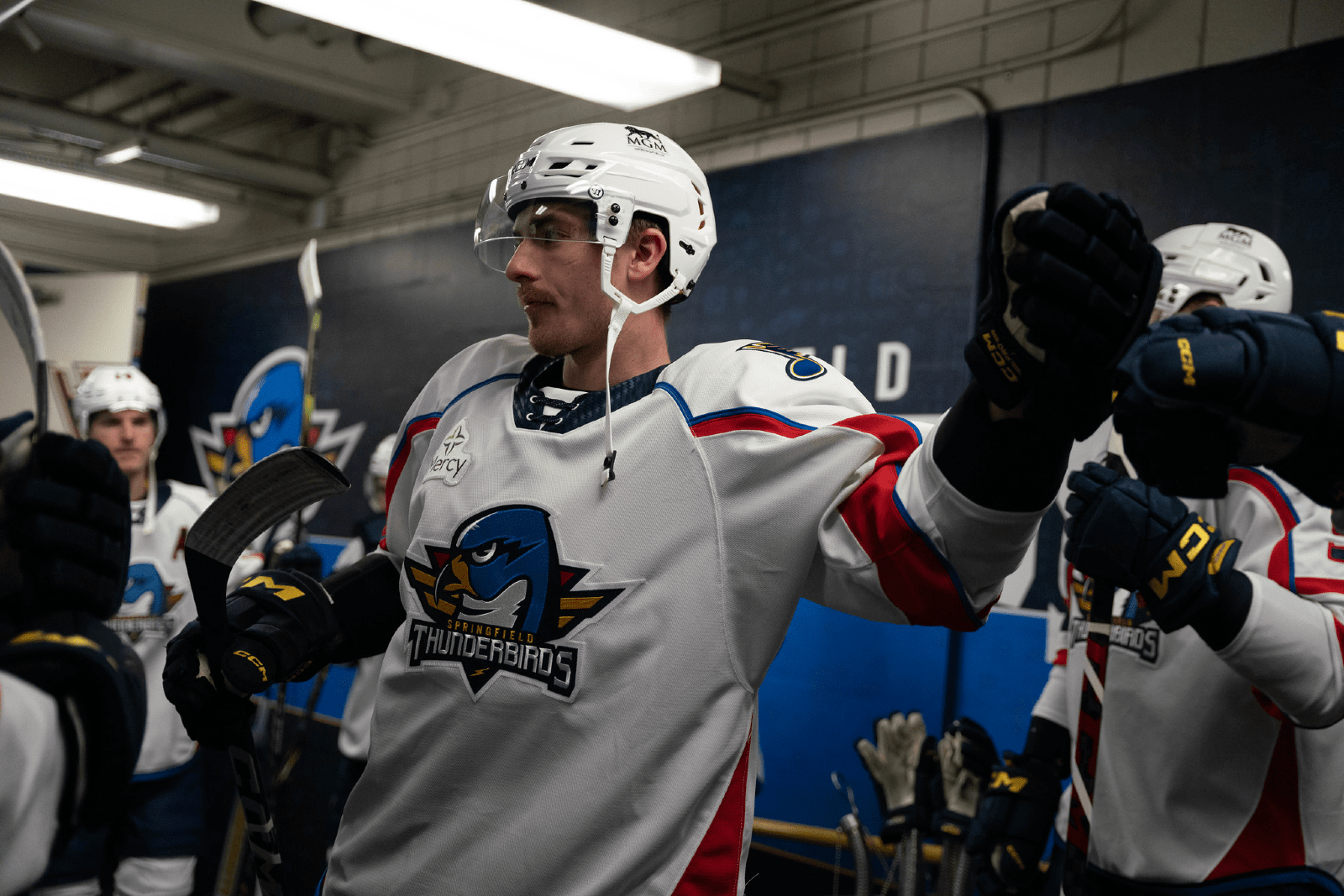 A native of nearby Ludlow, Mass., the 24-year-old Ryczek is in his third professional season, having skated in 113 ECHL games for the Indy Fuel and Adirondack Thunder. In 19 games for Adirondack this season, he has posted seven points (2g,5a). He was originally selected by the Chicago Blackhawks in the seventh round (203rd overall) in the 2016 NHL Draft. Ryczek posted his first AHL assist in his first game with Springfield on Nov. 20 against Lehigh Valley.

The T-Birds hit the road for a pair of games on Friday and Saturday against the Hershey Bears. Puck drop is set for 7:00 p.m. on both nights inside Giant Center.