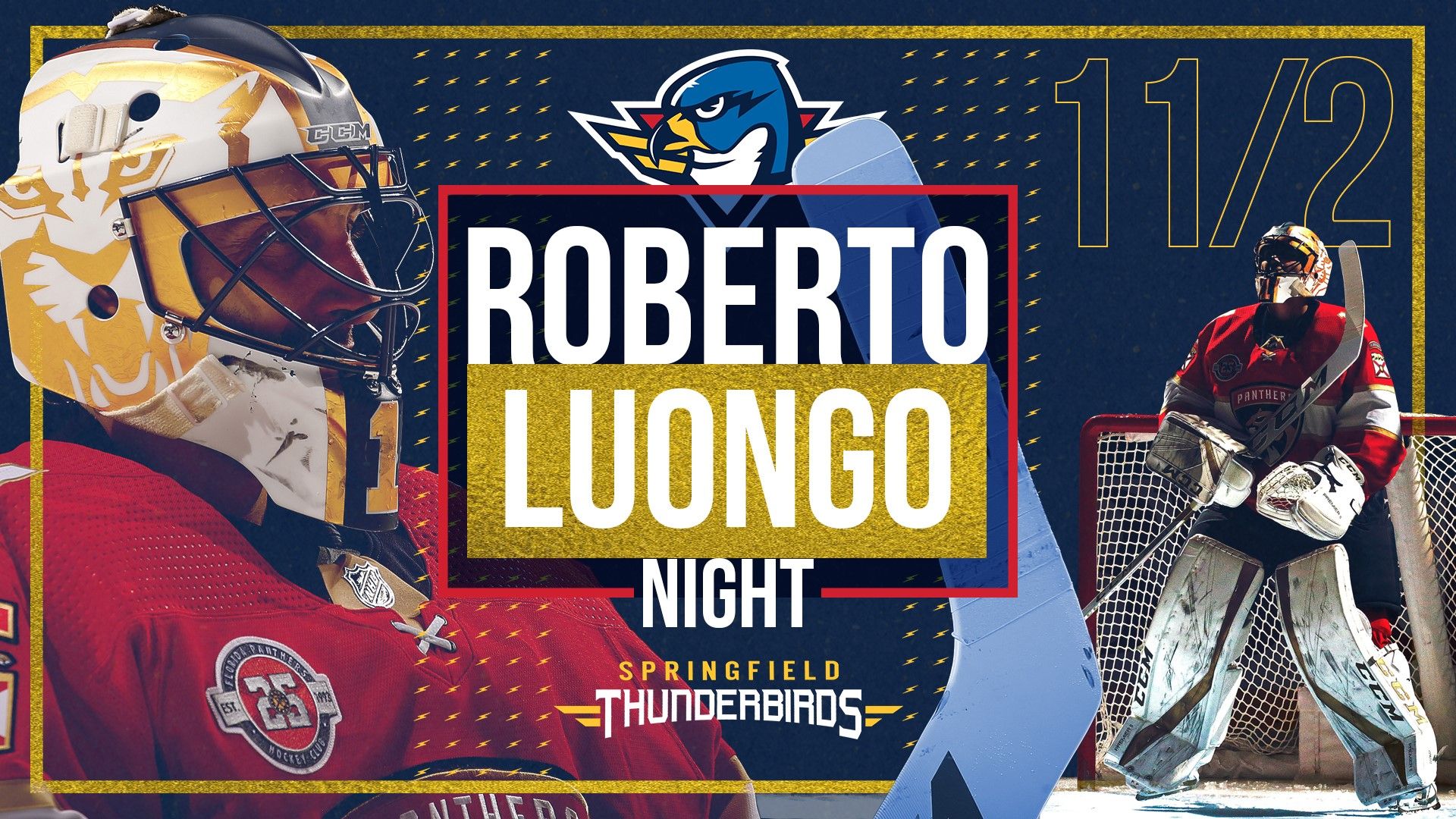 SPRINGFIELD, Mass. - The Springfield Thunderbirds announced today that the club will be honoring longtime Florida Panthers goaltender Roberto Luongo on Saturday, November 2 as the T-Birds host the Wilkes-Barre/Scranton Penguins on Roberto Luongo Night.

The longtime NHL goalie will hold a public meet-and-greet for fans in attendance from 6:00 to 6:55 p.m., at which time there will be a photo opportunity for fans on a first-come, first-served basis. No autographs will be permitted. He will also drop the ceremonial first puck before the game begins at 7:05 p.m. as the Thunderbirds honor Luongo’s career and accomplishments.

“Roberto Luongo has accomplished so much throughout his career and will forever be remembered as a legend and fan-favorite within the Panthers Franchise,” said GM of the Springfield Thunderbirds Eric Joyce. “We’re honored to have him join us in Springfield for a special night.”

Luongo, 40, completed his 19-year NHL career at the conclusion of the 2018-19 season. Over his career with the Panthers and the Vancouver Canucks, Luongo ranks second in NHL history in games played by a goaltender (1,044), third in wins (489) and ninth in shutouts (77). The native of Montreal, Quebec, is one of only three goaltenders in NHL history to have played 1,000 NHL games. Among the seven goaltenders to play in 900 career games, Luongo's career .919 save percentage ranks first.

The legend hangs up his pads.

Thank you for everything, Lu. pic.twitter.com/eOUjanrJGU

“Roberto’s career accolades speak for themselves, but furthermore, his professionalism and dedication to his community are qualities we strive to emulate in Springfield,” said Thunderbirds President Nathan Costa. “We could not be more honored to welcome him to Springfield and celebrate his Hall of Fame career.”

The Luongo connection has spilled into the Thunderbirds in recent years as well, with younger brother Leo Luongo serving as Springfield’s goaltending and video coach since the team’s inception in 2016.

Springfield Thunderbirds fans are encouraged to visit www.SpringfieldThunderbirds.com to learn more about Thunderbirds Season Ticket Memberships. Packages start at $13 per game and feature the most benefits, including an exclusive commemorative jersey.