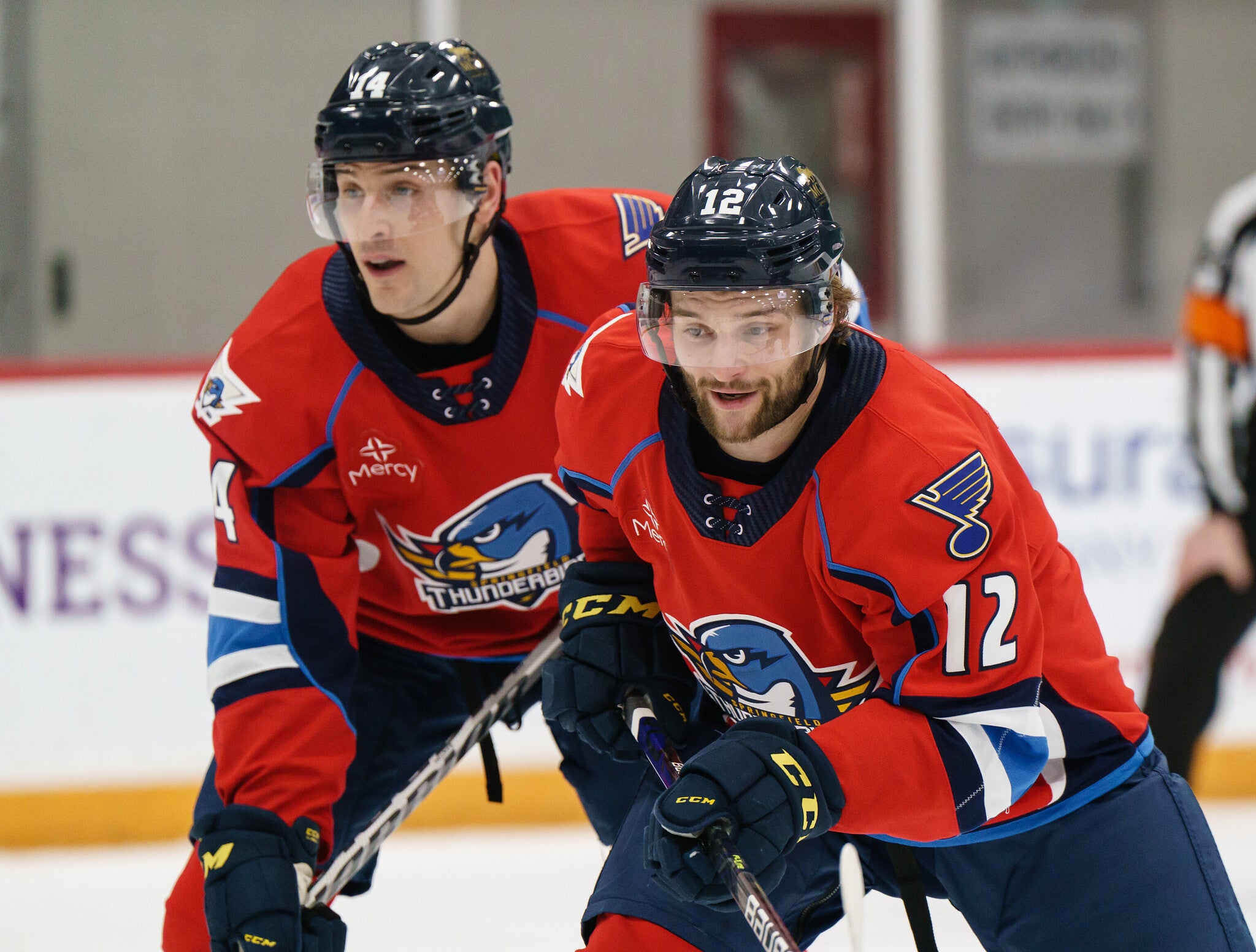 Springfield began the Canadian trip with yet another highlight for rookie forward Peter Crinella. After Liam Coughlin chipped the puck toward Belleville goalie Mads Sogaard from center, Crinella crashed the net mouth and chipped a puck over the goalie's arm after Sogaard failed to control it off his right pad. The second goal in as many games for the East Longmeadow native made it 1-0 at 6:44 of the frame. Coughlin, a South Boston native, picked up his first AHL point with the helper.

In his first period back with Springfield since November, Charlie Lindgren was plenty busy, as Belleville launched 15 shots his way in the first 20 minutes. He was perfect with the exception of one Andrew Agozzino shot that found its way through traffic on Belleville's first power play of the night at the 17:26 mark of the period. The centerman located a puck in his feet from between the circles and was able to shuffle it up into the top shelf to tie the score, 1-1.

Power plays would continue their red-hot roll in the second, as Michael Del Zotto ripped a one-timer through Lindgren on the blocker side to give Belleville its first lead, 2-1, at the 4:16 mark of the second.

Trailing for the first time in the game, Springfield got itself a power-play chance to tie the score, and Steven Santini did just that, cranking a slapper from the right point into a vacated net after Sogaard had traffic from Nikita Alexandrov and Will Bitten taking away his vision. The blueliner's second of the season made it 2-2 at the 6:46 mark of the period.

The tie game lasted just 42 seconds, though, as Del Zotto picked up his second of the period off a pass from behind the Springfield net from Roby Jarventie to beat Lindgren to restore the Belleville lead, 3-2, at 7:28.

The Thunderbirds once again did not back down, and with yet another power-play chance, Sam Anas fired a puck from the right-wing corner off a Senator and past Sogaard at 13:03, tying the game, 3-3. Matthew Peca and Nathan Walker picked up the helpers on Anas' 10th power-play point of the season.

Springfield's penalty kill would need to come up with two third-period successes, and they did so while also generating their league-leading seventh shorthanded goal of the season. Walker parked himself out near the defensive zone blue line, picking off a drop pass and racing in on Sogaard unimpeded. With only the goaltender to beat, Walker snapped a wrist shot into the top corner on the glove side to give Springfield the 4-3 lead exactly seven minutes into the final period.

Lindgren, armed with a lead once again, would not allow Belleville another chance to equalize, as the netminder stonewalled all 10 Senators shots in the third to end his night with 39 saves and his sixth straight AHL victory. Combining his time with St. Louis and Springfield, Lindgren has now won each of his last 11 decisions in net.

Following the second of back-to-back games in Belleville tomorrow night at 7:00, the T-Birds make the trek west to face the Toronto Marlies on Monday afternoon at 3:00 p.m. at the Coca-Cola Coliseum.